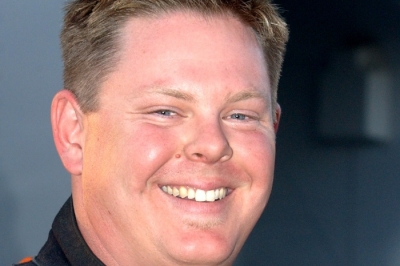 While it may not be the highest paying race on 34 Raceway’s schedule, a victory in the Slocum 50 is something nearly every IMCA Late Model driver would like to add to a resume.

The $3,000-to-win IMCA Deery Brothers Summer Series event will open its 25th anniversary season at the 3/8-mile oval in West Burlington, Iowa, on Saturday night, and a strong field of competitors is expected to enter the event that honors Brent Slocum, a track and series regular killed in a pit area accident in 2005.

Boone McLaughlin, a Mediapolis, Iowa, driver who was both a friend and frequent competitor of Slocum’s, is one of the many IMCA Late Model drivers planning to compete in the third running of the Slocum 50. The event holds a special place with McLaughlin, who says winning the race would rank at as one of the most meaningful victories of his career.

“It’s one of those races every driver around here has on their Bucket List,” McLaughlin said. “I’ve won a lot of races and some big races, but I know I wanna win this one before I quit racing, if nothing else just to honor him. He was a very good and clean racer and a heck of a guy.”

The Slocum 50 has proven to be one of the most popular races on the Deery Brothers tour. The inaugural event in 2009 drew a field of 66 racers, and last year’s race saw 64 entries.

“There are some big races on the Deery Brothers schedule, but this is one of the biggest each year,” McLaughlin said. “With the timeframe of the race early in the season, everybody’s itching ready to go after being cooped up all winter. We had the series opener last week at Dubuque, but I know a lot of guys still have that early-season itch.”

That race last weekend at Dubuque (Iowa) Fairgrounds Speedway didn’t go so well for McLaughlin. The 2008 Deery Brothers champion had a forgettable night. The luck of the draw put McLaughlin starting near the back of his heat race and he never recovered, failing to make the feature lineup.

“We just had a bad night all around,” McLaughlin said of the Dubuque event. “We drew a high number and had to start last in a heat race. Just really couldn’t get going and we missed the show, and we didn’t run the whole series last year so we weren’t in line for a provisional. We missed the show for the first time in a long time.”

Now hoping to rebound from the disappointing outing, McLaughlin is looking forward to competing at his home track in an event he’s recorded finishes of sixth and 14th in over the past two years.

“Last week’s behind us and we’ve got a good opportunity to bounce back with a good run this weekend,” McLaughlin said. “It’s my home track too, so that’s always a plus. I’ve raced there forever, so we definitely should know how to get around the track there.”

Promoted by the non-profit organization High 5 Racing, the Slocum 50 was started as a charity event that raises money for the Brent Slocum Scholarship fund. Proceeds from the past two events have helped pay tuition of seven college students.