Notes: Doar takes rookie shot before it's too late 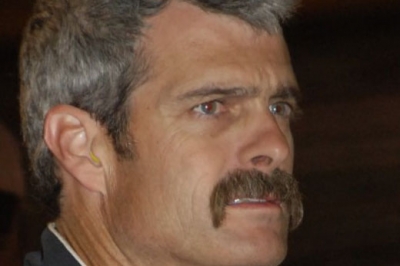 When last month’s DIRTcar Nationals by UNOH began, Pat Doar was thinking about submitting an application for Rookie of the Year status on the 2011 World of Outlaws Late Model Series.

By the time Doar left Florida’s Volusia Speedway Park, however, the 47-year-old driver from New Richmond, Wis., hadn’t merely been approved as a rookie contender. He was talking openly about the prospect of an exciting season on the road and looking like a favorite to capture the national tour’s top-newcomer honor.

After spending nearly two decades primarily racing Dirt Late Models under the more restrictive rules package of the upper Midwest’s WISSOTA circuit, Doar feels the time is right to expand his horizons into the full-fender division’s open-competition realm with an assault on the WoO tour.

“The old people say, ‘Don’t have any regrets,’ ” said Doar, an approachable type with a pronounced sense of humor. “That’s basically why I’m considering (chasing the Rookie of the Year award). You sit at home and think, Those guys are the best and it would be great to run with them, so why not try do it before it’s too late?

“My mom always used to say, ‘You gotta have fun. Do what you want while you can.’ ”

Following two Volusia events, Doar holds the early edge in a competition determined by the best 30 finishes. Doar was the lone rookie to qualify for a feature and he turned heads the first night by setting fast time with a sizzling track-record lap of 15.783 seconds around the half-mile oval.

Doar admits that he’s out of his comfort zone when he goes full-blown Dirt Late Model racing, a discipline he’s attempted only in short spurts since 1994.

“A lot of years we didn’t even do any aluminum (open-competition engine) racing,” said Doar, whose bread-and-butter has always been the lower-horsepower, steel-block action of WISSOTA. He’s won the WISSOTA Late Model national championship twice (2000 and 2002) and the WISSOTA Late Model Challenge Series title five times, and he’s captured track crowns at his hometown Cedar Lake Speedway (2000, ’05, ’06) and Superior (Wis.) Speedway (2005, ’06, ’10).

Doar plans to give himself an opportunity to develop an open-competition rhythm in 2011. His self-owned team is stocked with the most open-comp equipment he’s ever possessed — two MB2 Custom cars built for him by Jimmy and Chris Mars and two aluminum engines constructed by Pro Power’s Bill Schlieper — and he’s in a good place personally (he and his wife Nancy have no children) and financially (the sale of his family’s business several years ago has boosted his racing efforts), so he’s ready to branch out.

“I couldn’t really do any better in the equipment department right now,” said Doar, who largely races for a living but does spend some time as a truck driver during off-seasons. “Since we hooked up with Jimmy and Chris Mars my cars drive really good, and Bill Schlieper is great helping out with the motors.

“Four or five years ago I wouldn’t even consider doing this, but (Jimmy) Mars said to me, ‘You should do it.’ I guess we’ll see how it goes.” — Kevin Kovac

ELDORA EXPANDS ONLINE TICKETING TO RESERVED SEATS: Eldora Speedway’s partnership with Ticket Force to develop online ticket sales has proven to be such a hit that officials at the Rossburg, Ohio, track are adding reserved seats to the system. Beginning March 15, fans ordering tickets will be able to purchase reserved seats for any event that Eldora has designated reserved sections, allowing fans to avoiding lines on race day. The system will show available seating for the selected race date before fans make online transactions. On race day, fans can pick up tickets at the will-call window and proceed to reserved seats. Online tickets are available at www.eldoraspeedway.com. For more information, call the track at (937) 338-3815. — Larry Boos

NASRA SERIES UNDER NEW MANAGEMENT: The C.J. Rayburn-founded National All Star Racing Association will be under new management for its third season. Jeff Evans, who has served as an NASRA officials, takes over in 2011 as race director for the tour, which hasn't announced a schedule but plans events at Bluegrass Speedway in Bardstown, Ky., Tazewell (Tenn.) Speedway and Moler Raceway Park in Williamsburg, Ohio. Besides Evans, Lisa Buckman will serve as treasurer and operations manager and former series director Frank Revel will act as a consultant along with Spencer Wilson, who served as Lucas Oil Series director until being fired for mismanaging series funds in 2007. Aaron Ridley of Chatsworth, Ga., has won both championships in two years of NASRA racing. — From series and staff reports

MISSOURI'S LAKE OZARK SPEEDWAY CLOSES: Citing the difficulties in operating two dirt tracks, G&G Ozark Motorsports announced March 1 that it would cease operations at Lake Ozark Speedway in Eldon, Mo. Track owners Gordon and Kevin Gundaker, who also own Tri-City Speedway in Granite City, Ill., hoped to find a buyer or promoter to lease Lake Ozark in 2011. "Owning two facilities has been a challenge over the past four years," officials posted on the Lake Ozark website. "When the track was first purchased, we did not foresee that our not being there on a daily basis would have such an impact on the facility. We do not have the opportunity to be a part of the day-to-day operations throughout the week and have found that in order to do it right you need to be there from many aspects, including track prep, maintenance and marketing." The track has hosted weekly Crate Late Models along with Super Late Model specials, including MARS and MLRA events set for 2011. Anyone interested in leasing or buying the track should call (636) 448-9111. — From track reports

EX-IMCA CHAMP TAKES OVER QUAD CITY PROMOTIONS: Shane Davis is the new promoter at the track where his Hall of Fame career in racing got its start. Davis takes over at Quad City Speedway in East Moline, Ill., where he turned his first laps in 1975. IMCA’s modified champion in 1987, Davis worked at East Moline and other area tracks in various capacities after retiring as a driver. “It’s like putting on a favorite sweatshirt. It just feels right,” the 51-year-old Davis said. “I’m really excited about this. There’s already a great team in place at the track and fans in the Quad Cities have always been the best.” The track's Sunday-night card includes IMCA Late Models along with occasional Deery Brothers Summer Series touring events. The UMP DIRTcar Summernationals visit July 5. “There’s a lot for us to look forward to this season,” said Davis, who plans to make the facility more fan-friendly. “I came and sat in the stands last year. This year it really feels like I’m coming home.” — Bill Martin

TWO-TRACK POINTS FUND REACHES $5,000 AT QUINCY, 34: The combined points fund for IMCA Late Models at 34 Raceway in West Burlington, Iowa, and Quincy (Ill.) Raceway has reached its $5,000 goal for the 2011 season. The Q34 Bonus Bucks will pay $1,500 to the winner (on top of the single-track points funds) and down through 10th place. Drivers must compete in at least 75 percent of events at both tracks and the top 75 percent of their finishes will count in the two-track standings. Sponsors helping to build the points fund: Backstretch Performance Products, Freiburg Insurance, Budweiser/Rinella Distributing, Denny Woodworth Attorney at Law, IMCA, Ball Farms, Miller Lite, Triple R Performance Engines and Diamond Oil Co. — Jack Walbring

SERIES SCHEDULE CHANGES: The Southern All Stars have added a pair of April dates in Georgia. Lavonia Speedway hosts an April 2 event paying $5,000-to-win and Waycross Motor Speedway hosts and April 22 event paying $4,000-to-win. ... The Dart Corn Belt Clash will co-sanction three events at I-80 Speedway in Greenwood, Neb. (May 29, July 1 and Sept. 24) along with a July 2 event at Adams County Speedway in Corning, Iowa.

ODDS AND ENDS: Hibbing (Minn.) Raceway is working on a major Late Model event for July 22-23, but details won't be complete until next week, promoters say. ... Driver Petey Ivey of Union, S.C., is returning to Super Late Model racing in 2011, in a car owned by Bobby and Johnny Wilson with David Weekly serving as crew chief. The 25-year veteran has spent recent seasons helping launch the Crate Late Model career of his 16-year-old son Trent. ... At least two WISSOTA tracks have dropped the Late Model division for 2011. I-90 Speedway in Hartford, S.D., and Red River Valley Speedway in West Fargo, N.D., don't plan to run Late Models weekly.