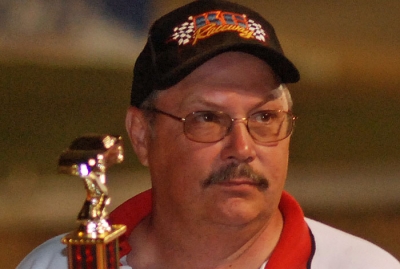 K-C Raceway owner Jeff Schrader is excited about the return of the DTWC. (DirtonDirt.com)

One of Dirt Late Model racing's crown jewels, the 31st annual ApplianceZone.com DTWC is slated to serve as the Oct. 13-15 season finale on the Lucas Oil Series, a circuit that evolved from the NARA touring organization that was last to sanction the DTWC seven years ago.

After a one-year return to West Virginia Motor Speedway in Mineral Wells, W.Va., in 2010 — an event that drew a DTWC-low 53 Super Late Model entries — K-C's oval just south of Chillicothe was a popular choice among fans, race founder and promoter Carl Short said.

"I have gotten probably 500 emails and 200 or 300 phone calls from people with their suggestions about where to hold the DTWC, and it was probably 70 percent K-C," Short said of the track that hosted the event four consecutive years ending in 2008. "So it was by far and away the most popular choice of the people that contacted me."

Although the DTWC has run unsanctioned every year but one since since 1997 — the Short Track Auto Racing Stars (STARS) sanctioned the event from 1984-97 — it "made good business sense" to use the Lucas Oil tour's staff and marketing might to boost the event, said Short, whose long-running Hillbilly 100 has been Lucas Oil-sanctioned since 2006.

The three-year agreement between Short and the series includes 2011 race sponsorship from ApplianceZone.com and a previously missing exclamation point for the title chase, series director Ritchie Lewis said.

"To have his $50,000-to-win DTWC and all the history of the event on our schedule gives our series a huge platform to end the season on and crown our champion," Lewis said.

K-C Raceway owner Jeff Schrader, who purchased the track shortly after Short announced the DTWC was moving to Lawrenceburg (Ind.) Speedway for the 2009 season, was thrilled to receive word from Short on Friday about the event's return to southern Ohio.

The event "leaps us above to a higher caliber," Schrader said. "You can't imagine how excited I am right now. If you could see me, I'd be jumping up and down and clicking my heels."

Short launched the DTWC in 1981 at Pennsboro (W.Va.) Speedway, and the late Jim Dunn's dramatic victory in the first race helped establish it among Dirt Late Model racing's crown jewels. Pennsboro hosted the first 17 events, but since then the race has moved among five tracks, including K-C through 2008, Lawrenceburg in '09 and its second stint at West Virginia Motor Speedway last season.

The event has drawn as many as 149 cars in recent history, but the car count has dropped every year since 2006. K-C's low was 106 in 2008 while Lawrenceburg (71) and West Virginia Motor Speedway (53) failed to crack triple digits.

Short, disappointed in the 30th anniversary race at WVMS, said he'd had reservations about the 5/8-mile oval hosting the DTWC just six weeks after the Hillbilly 100, which drew a larger crowd on Labor Day weekend.

Attempts to reach Brian Ferrell of WVMS and Mountain State State Motorsports Promotions were unsuccessful. Ferrell and his partners announced earlier this week plans to shorten the 5/8-mile oval to 4/10-mile for the 2011 season to help improve racing at the picturesque track.

While Short's race has been in West Virginia more than any other state, he's looking forward to returning to K-C, where with a "central location to so many good Late Models, I feel the car count will go up tremendously.

"I feel like it had a great atmosphere," Short said of the 3/8-mile oval. "Everybody seemed to love it there, and even the year the place was knee-deep in mud, the place was packed."

"I'm going to be predicting 100 modifieds and 100 Late Models," Schrader said. "We're not a big track so the driver doesn't have to worry about blowing a motor, and we're not a small track where drivers can't get out and do some racing three- and four-wide."

Schrader is already making plans for improvements, including the addition of 800 tons of yellow clay on the track surface next month. He also plans to improve drainage in the pits to allow space for 250 haulers, as well as improving parking and camping areas.