From staff, correspondent and track reports 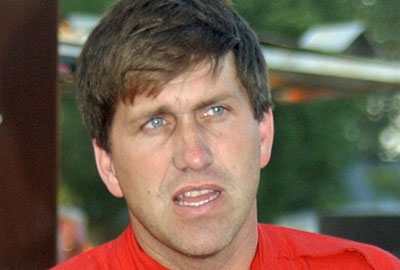 Officials with I-80 Speedway have announced that the 4/10-mile racetrack in Greenwood, Neb., will host the highest paying Super Late Model event ever held in the state of Nebraska. The inaugural Silver Dollar Nationals is scheduled for July 21-23, 2011, and will feature an 80-lap main event paying $25,000 to the winner and at least $1,000 to make the 32-car starting field.

Track promoter and retired racer Ed Kosiski is excited to host the major event at his racetrack.

"This is an event we've wanted to do for a long time," said Kosiski, who along with his family has been involved in racing for many years. "We come from a Late Model racing background and we want to do something to promote the racing community in this area. Our racetrack is very wide, very passable and produces a lot of good racing. So we're very happy to be hosting such a big event and we're looking for a great show."

A number of national touring drivers have already committed to compete in the event, according to Kosiski, who noted that much study was involved in choosing a date for the race.

"I've already talked to a number of national drivers who say they'll be there," said Kosiski, who also indicated that he hopes to attract some regulars with the Lucas Oil Late Model Dirt Series, which has events in Illinois and Missouri the previous week.

"We've done a lot of research on this weekend and a few others and there hasn't been any big shows on this weekend for the past three years. We did our homework and this has turned out to be the best weekend to have it."

Kosiski said he has also received a lot of feedback from many notable regional drivers who are glad to finally have a major event near home.

"I've had a lot of positive feedback from the guys in this area," Kosiski said. "They're all happy and looking forward to show their talent in a big race. Guys like John Anderson and Kelly Boen and Kyle Berck and many others. They'll all be there and have a good chance to win against some quality drivers. There are a lot of good drivers around here and this is going to be like a home-turf deal for those guys."

Preliminary action will be held Friday night for an event with a unique format. Instead of time trials, drivers will run two sets of heat races with the finishes for the first set of heat races inverted to determine the lineups for the second set of heats. A point system based on drivers' finishes in both sets of races will determine Saturday's feature lineup. Kosiski also said that the race is currently unsanctioned, but he has had discussions with the Lucas Oil Midwest LateModel Racing Association about possibly sanctioning the event. For more information, contact Kosiski at (402) 659-3301. — Joshua Joiner

HECKENAST TO COMPETE FOR LUCAS OIL ROOKIE TITLE IN 2011: Frank Heckenast Jr. of Frankfort, Ill., has announced plans to follow the Lucas Oil Late Model Dirt Series full time in 2011 and compete for the series rookie of the year title. The 22-year-old second-generation driver has made a number of changes as he prepares to kick off his rookie campaign at East Bay Raceway Park in February. He has switched to Rocket Chassis and has enlisted the help of crew chief Austin Hargrove, who worked with Heckenast several years ago. Hargrove is coming off a successful stint with Bart Hartman of Zanesville, Ohio, that produced a victory in the 2009 World 100 and a runner-up finish in the 2008 Lucas Oil Series standings. Heckenast has also launched a new website at www.frankjr99.com. — Ryan Delph

VAN WORMER TO MAKE RETURN TRIP TO AUSTRALIA: Jeep Van Wormer of Pinconning, Mich., will once again travel to Australia over the holidays to compete in three Late Model Pro Dirt Series events. Van Wormer will race at Kwinana Motorplex on Dec. 18, Bunbury Speedway on Dec. 26 and Manjimup Speedway on Jan. 2. Van Wormer has not made firm plans for the 2011 season, but after returning stateside, he tentatively plans to start his season March 26 in the Lucas Oil-sanctioned Indiana Icebreaker at Brownstown Speedway. — Ryan Delph

ICE BOWL XX APPROACHING AT TALLADEGA: Officials with Talladega Short Track have released details for the season-opening Ice Bowl XX, scheduled for Jan. 6-9 at the famed third-mile racetrack. The event will once again be highlighted by a 50-lap, $6,000-to-win Super Late Model feature Sunday afternoon. Time trails and heat races are scheduled for Saturday. The event will also see the addition of the Ice Bowl Race of Champions on Friday night. The 20-lap event will pay $1,000 to the winner and is open to previous Ice Bowl Super Late Model winners. The weekend also includes a $3,000-to-win Crate Late Model race and a $2,500-to-win feature for Limited Late Models. Modifieds and bombers will also compete. More information is available at www.talladegashorttrack.com. — From track reports

ODDS AND ENDS: Unexpected delays in converting to new online ticketing software have forced Eldora Speedway’s box office to postpone the 2011 major event ticket sale kickoff to Dec. 12. Beginning at 11 a.m. that day, fans will be able to select and purchase tickets for Dream XVII (June 10-11) and World 100 (Sept. 9-10). ... An informational meeting for drivers and car owners that compete at 34 Raceway in Burlington, Iowa and Quincy (Ill.) Raceway will be held at 5 p.m. on Dec. 5 at the Casa Fiesta Restaurant in Burlington. The meeting will discuss rules for the IMCA Late Model division, the 2011 schedule and the new Q34 Bonus Bucks combined points fund for the two racetracks. For more information, call Amy Laue at (319)750-3454.