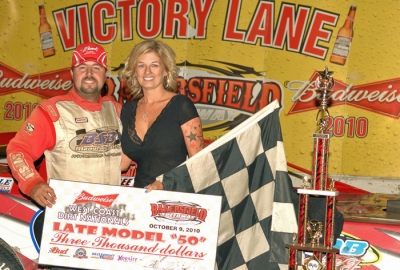 Hogge, who won Friday's Late Model opener for a $2,000 payday on the West Coast Shootout tour, repeated on Saturday to lead every lap from the pole position for another $3,000. His victory in Saturday's modified feature paid $2,500. | Slideshow

Mike Johnson started outside the front row and ran second until dropping to the infield with mechanical problems with three laps remaining.