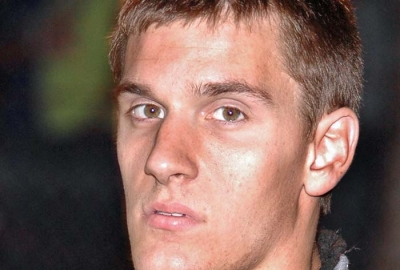 When the World Dirt Racing League that Chad Mahder ran last year shut down, he went looking for something closer to home. The 25-year-old from Eau Claire, Wis., found it in the form of nearby Cedar Lake Speedway in New Richmond, Wis. He also found plenty of success.

Mahder, who is coming off a weekend where he finished first and third in weekend features, has six victories and nine top-five finishes in 12 races in his first year running in a NASCAR Whelen All-American Series Feature Division. That has him leading the track's Late Model Division, puts him fifth in the NASCAR's Wisconsin standings and, at 40th in the national standings. He's the highest rookie in Whelen Series points.

The Rookie of the Year Award presented by Jostens is open to any first-year NASCAR Feature Division license holder and is awarded on the U.S. state and Canadian provincial level as well as to the highest finishing rookie in the nation.

"Once things started clicking, they were really clicking," said Mahder of his success this year.

Mahder is looking to close the season strong. He added a three-hour commute to Superior (Wis.) Speedway to his race calendar in hopes of picking up points in pursuit of the Wisconsin state title. While he's 98 points behind leader Steve Carlson, Mahder has run three fewer races.

In the past, Mahder had only run a select schedule at Cedar Lake while competing at various dirt tracks around the region, sometimes traveling long distances.

"This year I went up there and decided I would run there every week," said Mahder, who added the secret to running well at the 3/8-mile high-banked clay oval is simple. "You've got to have no fear. You have to be able to run right against the wall and not worry about running into it. ... Cedar Lake has probably the toughest competition we have in the area here."

Mahder, who has been racing for six years, maintains a fairly small operation. A machinist at Wisconsin Metal Fab Inc., in Chippewa Falls, Wis., Mahder and his brother, Shawn, maintain the car at their parents' house and have an additional assist from friend Steve Hoffmeister on weekends. Mahder's dad, Duane, is a former standout racer who retired last fall and drives the truck to the track.