From staff and other reports 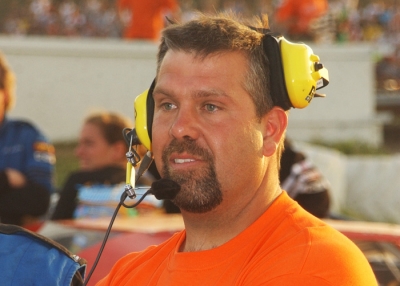 Farmer City (Ill.) Raceway recently received a two-year reprieve from plans to shutter the track following the 2008 season. Now the track is making plans for the biggest event in the history of the track, and perhaps the richest Dirt Late Model event ever in Illinois.

On Oct. 30, a two-year lease was signed by the City of Farmer City and the Farmer City-DeWitt County Fair Association to extend the association's use of the city-owned fairgrounds through the 2010 racing season.

"You hate to see any tracks close, from either side of it, as a promoter or a racer," said Don Hammer, who enters his fourth season promoting the quarter-mile track in 2008. "Everybody around here, everybody wants the long-term deal so they don't have to think about it. ... but all the drivers are glad that at least we have two more years than we had."

With the future still in doubt, Hammer doesn't plan on "investing a ton of money" into one of the longest-running United Midwestern Promoters-sanctioned tracks, he said in a Nov. 8 phone interview, but Hammer plans to improve the track's "crow's nest" area for officials along with other odds and ends.

Where Hammer is making big plans is regarding the track's 2008 schedule. He's working out details on a $20,000-to-win Dirt Late Model event that would open the track's season in early April. "There's not much going on the first of April, kind of start up with a bang," Hammer said. "I think it'll be the biggest race the state of Illinois has ever had, actually."

The track's future was in doubt when negotiations regarding the 49-acre plot bordering I-74 began in the summer of 2006. In the spring, negotiations that included a potential land swap between the city and fair association fell through and it appeared the track would close following the 2008 season.

The two-year extension is a stop-gap measure, but Hammer and fair officials hope that upcoming city council elections could swing more support for keeping the fairgrounds and racetrack intact. The city has plans to develop the property after the lease expires. — Todd Turner

World Dirt Racing League champion Justin Fegers of Mound, Minn., has a couple of big weekends coming up. He'll collect nearly $25,000 in cash and prizes at the Nov. 10 WDRL banquet in Osceola, Iowa, and then marry fiancee Angela Schroeder on Nov. 17 in Minneapolis. "I just hope I remember to bring the right speech on the 10th," Fegers recently joked.

Fegers posted two victories, 11 top-five finishes and 19 top-10 finishes in racing to the WDRL crown. "We thought we had a good chance to win the title," Fegers said. "We just needed to run up to our potential."

Fegers was chasing Brian Harris in the title chase most of the season and moved into the points lead when Harris missed the final four races after suffering serious injuries in an unsanctioned event on Sept. 22 at West Libery (Iowa) Raceway.

"The situation with Brian changed things for us," Fegers said. "We were only making up a few points a night before that. I just wish we could have raced each other to settle this thing."

Fegers wrapped the championship in the final series race at Davenport (Iowa) Speedway. Eric Pember of Pittsville, Wis., had a shot at catching Fegers, but he broke a driveshaft and Fegers secured the crown.

"It is a great feeling to accomplish the goals you set for yourself," Fegers said. "But it hasn't really set in yet. I'm sure a big check and a big trophy will help." — Bucky Doren

A benefit for late driver Mark Curwen is scheduled for Nov. 10 at Bittersweet on the Bluff in East Dubuque, Ill. Call Julie Uthe for details at (608) 748-4466. Proceeds go to the Mark Curwen Memorial Fund to support Stacey Curwen and twins Brady and Ava. ... Former racer and chassis builder Lou Fegers of Wayzata, Minn., died Oct. 29. The grandfather of WDRL champion Justin Fegers was 80. Fegers, who operated Lou Fegers Racing Equipment until selling the 30-year-old business to his son Mike in 1995, was known as "Lightin' Lou" during his racing career, which started in 1948. ... Eldora Speedway in Rossburg, Ohio, announced 2008 major race dates. The $100,000-to-win Dream is scheduled for June 6-7 and the 38th annual World 100 is set for Sept. 5-6. ... Indiana driver Steve Casebolt has hired veteran Chris Burton to work with his team on the 2008 Lucas Oil Late Model Dirt Series. Burton has worked previously with Donnie Moran, Earl Pearson Jr. and Steve Francis.