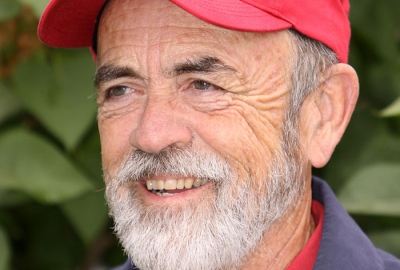 Promoter Fred Brown, who has poured his heart and soul into Wythe Raceway for the past 41 years, is anxious to show off the Rural Retreat, Va., track, on Saturday when it hosts the Lucas Oil Late Model Dirt Series for the first time.

Not since the Xtreme DirtCar Series ventured to Wythe in 2004 has the track hosted a national touring series, and Brown is enthusiastic that the May 15 Lucas Oil visit could be among the biggest races ever for the track he built and opened on Aug. 15, 1970.

“We are extremely fortunate to be able to host an event of this magnitude. All indications are that it will be a standing-room only crowd, by far the biggest in the 41 years of racing at Wythe Raceway,” said Brown, who prior to building Wythe raced on area dirt tracks in the '60s and competed in off-road motorcycle events including the Baja 1000 on Mexico's western peninsula.

Brown is confident that Lucas Oil competitors will have a good racing surface that tours including the Carolina Clash Super Late Model Series, Tennessee Thunder DirtCar Series and O'Reilly Southern Nationals have enjoyed in recent years.

"The drivers will experience a very fast, smooth, multi-grooved track that allows passing. They do not have to follow the leader at Wythe," Brown said. "First-time fans will be pleasantly surprised with the unsurpassed view of the racing action with the scenic mountain vista in the background, and fans will also enjoy one of the cleanest and nicest restroom facilities anywhere."

Bloomquist has never competed at Wythe while Owens captured a Tennessee Thunder event at Wythe on May 19, 2007. — James Essex

Call it Homecoming 2010 for Austin Hubbard. When the World of Outlaws Late Model Series visits Delaware International Speedway on Thursday for the sixth time in the last seven years, the national tour's sensational young rookie will naturally attract the spotlight.

While Hubbard, 18, has never been a regular competitor at the half-mile oval during his six-year dirt Late Model career, he's still the local boy who's made good. He hails from nearby Seaford, Del., so May 13's First State 50 gives him the rare opportunity to perform in his backyard rather than the usual hundreds, or thousands, of miles away from home.

"It'll be nice to be racing 15 minutes from the shop," said Hubbard, who is following a grueling 2010 WoO schedule boasting 48 events at 41 tracks in 19 states and two Canadian provinces. "My family is gonna be there, a lot of my friends, all of my sponsors from the area. It adds a little pressure because you want to run good in front of them, but I like having a chance to hang out with them. With so many people I know coming out, it makes it a more home-type atmosphere."

Hubbard's homecoming will actually start 14 miles north of the speedway on Thursday when he makes a public appearance from 11 a.m. to 1 p.m. at the headquarters of Trinity Transport in Seaford. He'll visit with many of his longtime sponsor's 100-plus employees, and fans are invited to stop by to meet Hubbard, snap pictures of his Beitler Motorsports No. 19 race car and hauler and purchase special-edition t-shirts produced to commemorate his return to Delaware as an Outlaw.

Hubbard enters Thursday's program as one of the country's hottest up-and-coming talents in the dirt Late Model division, not to mention a trailblazer as the first resident of Delaware to compete on the series.

The teenager understands how fortunate he is to be in such an enviable position, racing professionally for a high-profile team owned by Dale Beitler of West Friendship, Md., while many of his buddies are still in classrooms finishing up their school years.

"Delaware's pretty small, but there's been some good drivers — like Ricky Elliott and Kenny Pettyjohn — who have won a lot of races and shown they can run with the best guys," said Hubbard, who accelerated his senior-year studies at Sussex Tech with night classes so he could receive his high-school diploma ahead of schedule in order to concentrate on racing. "Those guys have just never gotten the opportunity to branch out and run across the country. I'm glad I've gotten the chance, and I feel like we've definitely capitalized on it."

Currently ranked sixth in WoO points through 12 events (he's been as high as fourth) with one victory and five top-five finishes, Hubbard has already shown more than enough speed this season to qualify as a legitimate threat for victory Thursday. Hubbard has raced at Delaware International Speedway fewer than a dozen times in his career, with a single feature win to his credit in a weekly race during the 2007 season.

"It would be so cool to win an Outlaw show at Delmar," said Hubbard, who spent most of his formative Saturday nights early in his career racing at Virginia Motor Speedway. "Winning in front of so many people who support me so much but don't get to see me race a lot anymore — that would be so exciting." — Kevin Kovac

Besides the Lucas Oil Series event at Wythe and the World of Outlaws event at Hagerstown (Md.) Speedway, this weekend's richest event is the unsanctioned Red Farmer Classic at Talladega Short Track in Eastaboga, Ala. The tribute to the legendary Alabama Gang member will be highlighted by a $9,700-to-win Super Late Model feature. The 97-lapper honors Farmer's car number. ... Eldora Speedway announced Wednesday that two starting positions have been added for the June 11-12 Dream XVI, making the $100,000-to-win race a 26-car affair at the half-mile oval in Rossburg, Ohio. Two additional drivers will transfer to the 100-lapper from the B-Main. ... West Virginia Motor Speedway in Mineral Wells, W.Va., reopens for the first time since '07 on Sunday, May 16, with the Mark Balzano Memorial. The O'Reilly All Star Series event pays $5,000 to the winner.