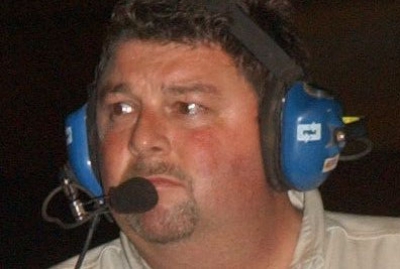 One driver will have the opportunity for a $26,000 postseason payoff after an announcement March 29 by the Carolina Clash Super Late Model Series and its new sister tour, the Clash South Tour. Any driver who can capture both championships will be in line for a $10,000 bonus, officials announced. | Dillon grabs Clash victory at 311

Carolina Clash events are held solely in North Carolina with the exception of two races at Wythe Raceway in Rural Retreat, Va., and the series champion receives $10,000. Clash South Tour events are scheduled for South Carolina and Georgia with $6,000 going to the champion.

The series dates don't conflict, so a driver capturing both championships would earn among the richest points funds for regional Dirt Late Model touring action.

The Carolina Clash has been running every season since 2000. The Clash South hosts its first-ever event on April 3 at Lancaster (S.C.) Motor Speedway. — Alex Cummings

TALLADEGA HONORING FARMER WITH LUCRATIVE EVENT: Talladega Short Track will honor racing legend Red Farmer on May 14-15 with the $9,700-to-win Red Farmer Classic for Super Late Models. Farmer, a member of the famed Alabama Gang, will be honored during pre-race festivities for the event at Eastaboga, Ala., track. The 97-lap feature and unusual payoff amount is in honor of the No. 97 car the ageless Farmer has driven into his 70s. Time trials and heat races are scheduled for Friday with consolation races and the main event on Saturday. A 7-10 p.m. practice is scheduled for Thursday, May 13. More details about the weekend will be announced. — From track reports

FRANKEL READY FOR OPENING DEERY BROTHERS WEEKEND: Opening night for the Deery Brothers Summer Series will give Jason Frankel the opportunity to continue his IMCA Late Model tour winning streak at 34 Raceway in West Burlington, Iowa. Night two will give the 2009 series runner-up the opportunity to show off for his hometown fans at Quincy (Ill.) Raceway. The 24th annual tour opens April 10 at 34 Raceway for the $3,000-to-win Slocum 50, one of the richest series events that pays at least $500 to every starter. Quincy's $2,000-to-win event on April 11 wraps up the weekend. Frankel started and ended the 2009 series with victories in West Burlington, topping both the Slocum 50 and the Pepsi USA Nationals in September. In other series news, Integra Racing Shocks has joined as a sponsor and will provide product certificates to top IMCA Late Model drivers. — Bill Martin

O'REILLY ALL STARS ADD AMBASSADOR, HARD CHARGER AWARDS: The O'Reilly All Star Late Model Series has added two new awards for the 2010 season, one for Hard Charger and another for All Star Ambassador, a driver-voted award given the driver displaying perseverance, sportsmanship and dedication. The Frankland Racing Supply-sponsored Hard Charger award gives $25 product certificates for the hard charger in each race and a $250 certificate for the season-long award. The unique Ambassador award is sponsored by Rocket Chassis, which will present a bare powder-coated chassis to the award winner. — Jason Shank