From series, staff and team reports 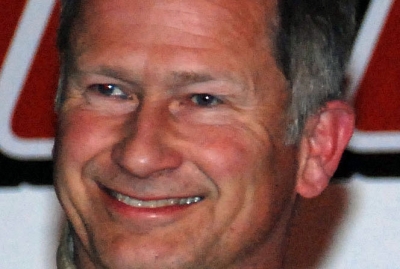 Skeptics of GM's economical all-aluminum CT525 crate engine got a dose of reality last weekend from Hall of Fame driver Ronnie Johnson of Chattanooga, Tenn. Johnson's car, outfitted with the sealed engine that's race-ready for just over $10,000, raced to victory Friday at Boyd's Speedway in Ringgold, Ga., making Johnson the first driver to win a Southern All Star Racing Series event with the crate powerplant.

Johnson led all 40 laps for a victory over drivers using standard open-competition powerplants that can cost three times as much, including Chris Madden, Jonathan Davenport and reigning SAS champion Randy Weaver.

"I’ve run the CT525 engine now about seven times, and I’ve learned that I usually have to wait for the track to come to the engine, but the track was just right for the engine at Boyd’s," Johnson said.

The Hall of Famer gave up horsepower to many of his competitors, but that's not always a problem, he said.

“The CT525 spec engine is a good concept because it has less horsepower, which works better with harder compound tires,” Johnson said. “A wet and tacky track with a lot of traction will take 700 to 800 horsepower, but as the track dries out, takes rubber and slows down, it won’t take that much horsepower.

"That’s generally what the tracks in the Southeast do, especially during the summer months. The CT525 also puts less wear and tear on the drivetrain, tires and brakes because it puts less stain on transmissions, driveshafts, and axles. That saves the racer money in the long run.”

Mike Marlar of Winfield, Tenn., and Aaron Ridley of Chatsworth, Ga., also have victories in CT525-powered cars against open-competition cars, and Johnson finished a close second to Stacy Holmes in the season-opening Super Late Model event at Talladega Short Track in Eastaboga, Ala. The Southern All Stars deemed the CT525 legal just a month before his March 19 victory at Boyd's, allowing cars with the engine to run the spec-engine package with a 12-inch spoiler (4 inches taller than normal) and a 150-pound weight break.

Using an engine with less horsepower motivates Johnson because of the challenge in beating higher-powered cars, and to be competitive with the CT525 gives him more feeling of accomplishment.

MERCER'S CHILLER THRILL SET FOR SATURDAY: Pennsylvania's special event season gets rolling March 27 with the $2,500-to-win Chiller Thrill at Mercer (Pa.) Raceway Park, the first event of the season on the UFO Race Championship. With few regional tracks in action, UFO officials look for a strong field of cars at the 3/8-mile oval. Among drivers expected are two-time and reigning UFO champion Alex Ferree of Saxonburg, Pa., along with South Park, Pa., drivers Keith Barbara and Jared Miley. The UFO series also added the $7,000-to-win Ultimate on Oct. 7-9 at Roaring Knob Motorsports Complex in Markleysburg, Pa. — From series reports

O'REILLY ALL STARS SET ROOKIE PROGRAM: The O'Reilly All Star Late Model Series is encouraging drivers to register for its 2010 Rookie of the Year program. Any driver with fewer than five years of Late Model experience who didn't finish among the top two in last year's rookie chase are eligible, pending the number of wins and size of purses the driver has won. The series plans to be flexible in setting rookie status, limiting drivers with lucrative victories while allowing drivers with few special events victories even if they have more than five years experience. Rookie applications must be received by April 28. Email series director Jason Shank at jason@allstarlatemodels.com for more information. — Jason Shank

JACKSON MAKING NASCAR TRUCK DEBUT SATURDAY: MARS DIRTcar Series regular Tony Jackson Jr. of Lebanon, Mo., plans to make his NASCAR Camping World Truck Series debut on March 27 in the Kroger 250 at Martinsville (Va.) Speedway. Jackson, who finished fifth in MARS points last season, will be behind the wheel of the SS Green Light Racing No. 07. “I feel like we have a good chance for a top-15 finish if we can stay out of trouble," Jackson said. "It will be a challenge against the caliber of competition in the truck series especially at a place as tight as Martinsville." Jackson plans to enter truck events at Kansas Speedway, Texas Motor Speedway and Gateway International Raceway near St. Louis, Mo., among others. — From team reports

ODDS AND ENDS: Eldora Speedway announced general admission ticket prices for 2010's Late Model events will remain unchanged as they have throughout Tony Stewart's six seasons of owning the historic half-mile oval in Rossburg, Ohio. ... Three-time MACS champion Jason Covert of York Haven, Pa., who plans to open his season March 26 at Williams Grove Speedway in Mechanicsburg, Pa., has switched to JRI Shocks for the 2010 season. ... Bo Feathers became the 10th winner in the 11-year history of the Cody Endicott Memorial on March 19 at Potomac Speedway, capturing the season opener at the Budds Creek, Md., track.