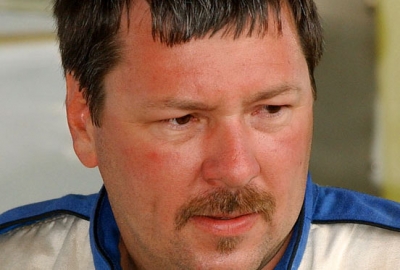 Ivedent Lloyd Jr. has waited a long time for the country's best dirt Late Model drivers to visit his playground. So, with the World of Outlaws Late Model Series set to make its first-ever stop at Lloyd's hometown Ocala Speedway on Friday, the veteran Sunshine State racer is ready for action.

"I'm excited all the Outlaws are coming to town," said Lloyd, a native and life-long resident of Ocala, Fla., who lives just miles from the 3/8-mile oval. "I think it's gonna be a great event for the racetrack and dirt Late Model racing in the state of Florida. I want people to see a great show and then phone my shop a couple days later to talk about it.

"Hopefully they'll be calling to congratulate me on winning it, but if not I at least want them to tell me they saw a great race and want the Outlaws to come back again next year."

Lloyd would love to change that March 19 when the nation's premier tour contests a 50-lap, $10,000-to-win event at Ocala, a unique track that will join Volusia Speedway Park outside Daytona Beach as only the second facility in Florida to host a series event. He's hoping his vast knowledge of the quirky layout benefits him against the invading Outlaws regulars, most of whom have never raced at Ocala. The track, after all, is new to the dirt scene; it operated with a dirt surface from 1952-1995, then spent more than a decade as a paved track before having clay put back down prior to the 2008 season.

"It's definitely an odd-shaped track," said Lloyd, who has won four times over the past two seasons at Ocala. "I basically describe it as being shaped like an egg. Turns one and two have a big radius and are wide, and then there's a dog-leg on the backstretch that you pretty much run through on the gas. Turns three and four are tighter, like the pointed end of the egg.

"Because of the shape, it's hard to get used to racing around there. The two ends are like two different tracks and you don't need a lot of motor — especially come feature time — because it usually slicks up, so it puts more emphasis on the driver positioning his car in the right spots.

"I feel like I've got an advantage because I have so many laps there," he continued, shifting his thoughts to Friday's program. "I absolutely love the racetrack, and I think I know what tires (compounds) to run there because I'm one of the few guys from down here in Florida who has experience with open-tire racing."

"But I also know the guys coming are good for a reason. Some guys might not have run at Ocala in years — and a lot of them probably have never run there — but they'll roll up to the racetrack on Friday, take a look at it and know what to do. It won't take them long to figure the place out, so we'll have to be on top of our game."

Primarily due to commitments with his business (he operates Marion Machine & Tool in Ocala) and family (he's married with three sons), Lloyd doesn't get many chances to do battle in WoO events. He's entered only nine events — all at Volusia — since the tour was reincarnated under the World Racing Group banner in 2004 with finishes of 16th (2008), 18th ('08) and 19th ('09).

But while his WoO statistics are unspectacular, Lloyd is confident that his self-owned equipment (cars built by Snow Brothers Racing of Jacksonville, Fla., and Pro Power engines) has the juice to compete with the big stars. And with a little home cooking on his side, he might just have that extra magic to spring an upset.

"I've won races that have paid as much as $20,000, but nothing would mean more to me than winning a World of Outlaws race," said Lloyd, who also plans to follow the WoO to the event scheduled for Saturday at Screven Motor Speedway in Sylvania, Ga. "I want that trophy that says World of Outlaws on it. It would be the biggest race I've ever won."

"It's definitely an odd-shaped track. I basically describe it as being shaped like an egg. Turns one and two have a big radius and are wide, and then there's a dog-leg on the backstretch that you pretty much run through on the gas. Turns three and four are tighter, like the pointed end of the egg."