Party in Pevely kicks off season at I-55 Raceway 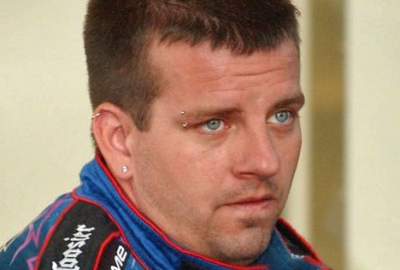 Brian Shirley won in '08 at Pevely.

Jason Feger of Bloomington, Ill., is ready to help get the 2010 party started on DIRTcar Racing's UMP circuit. The reigning UMP DIRTcar points champion heads a long list of Midwestern drivers expected to invade I-55 Raceway on March 18-20 for the DIRTcar UMP Roundup, an early-season showcase of UMP's eight sanctioned divisions that's also known as the Party in Pevely.

Rescheduled for the spring after poor weather forced the postponement of the original date last fall, the second edition of the DIRTcar UMP Roundup promises to provide fans an interesting mix of down-home dirt-tracking. The two full evenings of racing will feature everything from UMP's marquee Late Model and Modified divisions to wild action in the entry-level classes that are the backbone of the country's short-track scene.

Feger, of course, stands as the shining star of the diverse group of drivers set to converge on the high-banked,third-mile oval operated by NASCAR veteran Ken Schrader and Ray Marler. The 31-year-old Feger is coming off a spectacular 2009 campaign (23 feature wins and his first-ever UMP national points crown), positioning him as a favorite to capture the 30-lap, $5,000-to-win UMP Late Model feature that headlines the weekend's activities.

And make no mistake, Feger dearly wants a triumph at I-55 Raceway. He's never won at the popular track outside St. Louis, putting the facility at the top of his hit list.

"I'd love for our first win of the season to come at Pevely," said Feger, who reached victory lane at 13 different tracks in four states last year. "I really like the place and we usually run good there, but it seems like I never get that starting spot I need to be in the best possible position to go for a win. I think the best finish I've had there is a third."

Back driving his family-owned Pierce Chassis machine this season, Feger is looking forward to his initial appearance of 2009 in the heart of UMP country.

"I always like going to Pevely," said Feger, who finished fifth in the inaugural DIRTcar UMP Roundup in October 2008. "It's only a couple hours away from home, and it's a track that usually has an inside, a middle and top groove. I think it will be another great show."

It's going to be fun, too. While Feger's primary focus will be on defeating such expected standouts as two-time UMP national champion Randy Korte of Highland, Ill. (runner-up in the 2008 Roundup), Will Vaught of Crane, Mo. (third-place finisher in '08 event), former UMP champ Kevin Weaver of Gibson City, Ill., and a host of other entrants, the outgoing racer will also enjoy the festive post-race atmosphere that is a big part of the Party in Pevely.

After action is completed on Thursday, Friday and Saturday nights, the Roundup Tent in the pit area will offer entertainment that brings racers and fans together for some camaraderie.

"We'll have a good time," said Feger, one of the most approachable drivers in any pit area. "We have a lot of friends down in that area and we always enjoy meeting new people."