Notes: Clarksville driver ready to get back in car 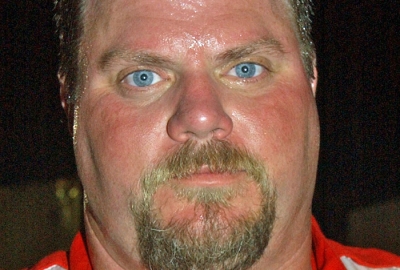 Carnell Parker III wants to make one thing clear. The only reason the 40-year-old racer won't be in action for this weekend's MARS DIRTcar Series-sanctioned events at his hometown Clarksville (Tenn.) Speedway is because his new MasterSbilt Race Car isn't ready, not because of serious neck injuries Parker suffered in an August racing accident.

He's heard the rumors of people thinking his career was over, but Parker was cleared by doctors to race and he piloted the two-seat race car at a recent Clarksville practice session.

"There's no doubt I've still got what it takes," Parker said in a telephone interview. "It didn't bother me. They just didn't let me stay out there long enough. I only got to run it 10 laps, and that wasn't enough."

But he'll have to wait at least a few more weeks before climbing in his own No. 75. Parker will miss the season-opening Tuckassee Toilet Bowl Classic on March 12-13, but he hopes to compete in March 27's Southern Regional Racing Series event at Clarksville.

"I called (MasterSbilt) and said, 'Man, I haven't ever missed an opening night at the races before. Keith (Masters) said, 'Well, you might miss this weekend,' " Parker recalled. "Once I get it home, it won't take me but a couple of days to put the motor in it and put the body on it and everything."

Parker, entering his 25th racing season, is anxious to return to competition for the first time since his barrel-rolling Aug. 7 accident at Boyd's Raceway in Ringgold, Ga. He underwent neck surgery at a Chattanooga, Tenn., hospital two days later and sat out the remainder of the season. Except for tighter range of motion when he turns his head left or right, Parker says he's back to normal.

"Me personally, I don't feel any different than I did when it happened, other than the muscles in my back and stuff are a little stiff," he said. "I'm at the point where I wish my car was done and I could go race, but at at the same time, I don't want to rush nothing, either."

At a Jan. 29 checkup, his physician told Parker he could return to a normal lifestyle, although he gave him a funny look when Parker asked about racing again.

"Everything healed up good, and he pretty much told me I could go back doing what I wanted to do," Parker said. "He said, 'That thing about killed you, do you understand that?' I said, 'Yeah, but racing is what I do.' "

Parker plans on spectating at the MARS events, but hopes to be back in a race car within a few weeks. He's got something to show fans and competitors who thought hit career might be over.

"The thing I hear is, 'You think he can do it like he used to?' " Parker said. "What do you mean like I used to? I'm going to be a better driver than I used to." — Todd Turner

WAYCROSS PLANS $10,000-TO-WIN EVENT: Waycross (Ga.) Motor Speedway, which switched from an oil-packed dirt surface to red clay for the 2010 season, plans to host its richest event in 12 years with a $10,000-to-win race on May 7-8. Details of the event will be announced later. The half-mile oval in southeast Georgia opened the season March 6 with Tyler Ivey of Tallahassee, Fla., inheriting a victory in the Limited Late Model feature. Darrell Padgett actually crossed the line first and refused to tear down his engine at tech inspection, and apparent runner-up Mark Whitener failed inspection. — Ozzie Altman

SEYMOUR PLANS TO JUMP-START 2010 SEASON: Seymour (Wis.) Speedway plans its earliest opening in history with the April 10 Spring Thaw, which features a $2,000-to-win event for WISSOTA and WDLMA Late Models. Promoter Dave "Cosmo" Rihm plans a noon start for the seven-division program, which guarantees drivers they'll get their entry fee back if they fail to make the feature events. After a a tough winter, Rihm is confident the 27-year-old third-mile oval will be ready. "We covered the frontstretch with plastic and straw last fall because, with grandstand being on the south end, it’s always last to thaw out,” he said. "I can tell you there is no frost on the frontstretch right now. With the warm weather we’ve been having, we’re pretty confident we can get out there soon and begin working on the track.” The track has scheduled practice for April 9. — Joe Verdegan

WANT TO SING AT ELDORA? SEND IN A RECORDING: One of the popular questions asked of Eldora Speedway staff members is about an opportunity to sing the national anthem at the historic track in Rossburg, Ohio. You can get your chance to sing "The Star-Spangled Banner" under a new plan for 2010. Anyone wanting to participate in prerace ceremonies should submit a CD recording of their version of the song along with a brief biography and list of locations of previous performances. While singers for the major race dates have been assigned, Eldora plans to have a live rendition of the national anthem at each 2010 event. Send submissions to: Eldora Speedway, 13929 State Route 118, New Weston, OH 45348. — Larry Boos

SLOCUM 50 OPENS DEERY BROTHERS SEASON: The second annual Slocum 50, a memorial race for late IMCA driver Brent Slocum, is scheduled for April 10 at 34 Raceway and is expected to draw another large field. Last year's event at the West Burlington, Iowa, oval drew 66 Deery Brothers Summer Series Late Models to the tour opener, one of the largest fields in series history. One dollar of each $15 adult admission goes to a scholarship fund benefitting area high school students. The $3,000-to-win event pays at least $500 to each feature starter. Those interested in making donations to the scholarship fund can call Brad Stevens at (319) 759-9558. — From staff reports

ODDS AND ENDS: The MARS DIRTcar Series announced the tire rule for the March 12-13 events at Clarksville (Tenn.) Speedway will be Hoosier LM-40s and WRS-55s on the rear (no ribbed tires). LM-20s will be allowed on the front only. ... Port City Racing has boosted its West Coast Shootout sponsorship. Besides an end-of-the-season drawing for a set of Integra Shocks, Port City is providing a $2,500 product certificate to the series champion if the champ uses Integra Shocks at each event. ... Drivers using standard crate engines at Lucas Oil Speedway's ULMA-sanctioned events in 2010 will gun for weekly bonuses at the Wheatland, Mo., oval. The top finishing crate driver earns a $200 bonus in each feature while another random crate-engine driver picks up $100. .... The Wisconsin Dirt Late Model Association has scheduled more than 40 events for 2010, primarily at Plymouth (Wis.) Dirt Track and Manitowoc (Wis.) Expos Speedway. Most races pay between $700 and $850 to the winner. ... The Comp Cams Mid-South Racing Association added a June 26 event at Diamond Park Speedway in Nashville, Ark.