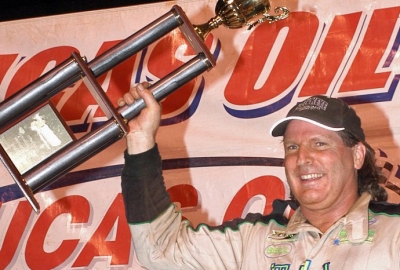 With winter not quite releasing its grasp on even Southern dirt tracks, Lucas Oil Late Model Dirt Series officials announced this weekend's doubleheader action is set for earlier than usual starts at the pair of $10,000-to-win events.

"We appreciate the efforts of the promoters at both facilities in making every effort to get this weekend's Lucas Oil Late Model Dirt Series events in," said series director Ritchie Lewis. "We all realize it has been a long winter in both regions and the race-starved fans will be in for quite a show at both race tracks this weekend, and a big thank you to the promoters for moving up their normal starting times to accommodate the fans and the racers this weekend."

Cherokee hosts Lucas Oil competition for the fourth time with Bloomquist, Dan Schlieper of Sullivan, Wis., and Chris Madden of Gray Court, S.C., earning victories. A high temperature in the low 60s is forecast for Gaffney.

Each event will include time trials, heat races, consolation races and feature events. — From series reports

DART MACHINERY SPONSORING SHOW-ME 100: As part of an expanded partnership between Dart Machinery and the Lucas Oil Late Model Dirt Series, this year's Show-Me 100 at Lucas Oil Speedway in Wheatland, Mo., will get title sponsorship from Dart. "With the prestige and spectacle of this event matched with the nation's premier national touring series, this event will be a must-see event in 2010," said Tom Fredrickson, the general manager of Lucas Oil Products. The Dart Show-Me 100 will be at the Wheatland track for the first time after being previously run at West Plains (Mo.) Motor Speedway. — From track reports

FUND-RAISER FOR LATE CHEROKEE PHOTOGRAPHER: Friends of late Cherokee Speedway photographer Mike Butler are organizing a March 7 fund-raising auction at the Lucas Oil-sanctioned March Madness. Proceeds will go to pay the remaining balance of funeral and burial expenses for Butler, who died suddenly on Christmas at age 50. Cherokee's regular drivers and teams have donated door panels and T-shirts and other volunteers have offered donated items that will be auctioned. — From staff reports

ODDS AND ENDS: Lucas Oil regular Steve Casebolt of Richmond, Ind., will make his first start of the season under the watchful eyes of new car owner Bob Harris in March 6-7 action. Harris missed February's action at East Bay Raceway Park while recovering from surgery. ... After the March 6-7 weekend, Lucas Oil competitors take a three-week break before heading to Brownstown (Ind.) Speedway for the $10,000-to-win Indiana Icebreaker on March 27.