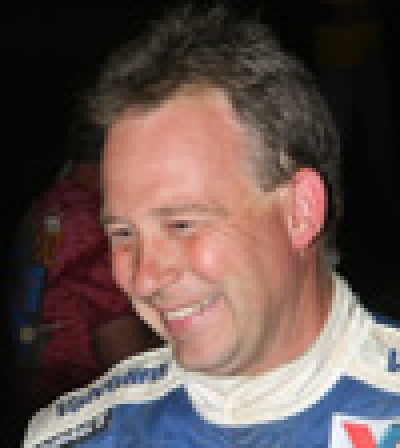 Before Steve Francis attempts to clinch the 2007 World of Outlaws Late Model Series championship in the Outlaws World Finals Nov. 1-3 at the Dirt Track @ Lowe’s Motor Speedway, he’ll tell a national television audience how he hopes to do it.

Francis, 40, of Ashland, Ky., is scheduled as a guest on Speed's "Wind Tunnel with Dave Despain" on Sunday, Oct. 28. He’ll talk with Despain live via satellite from his race shop during the program, which runs from 9-10 p.m. Eastern Time on the cable network.

A two-time series runner-up, Francis leads WoO's point standings by 62 points over Chub Frank of Bear Lake, Pa., entering the season-ending event in Concord, N.C. He can assure himself the $100,000 title by finishing at least 14th in each of the 50-lap features.

Francis has been solid all season in pursuit of his first career WoO championship, rolling up four wins, 25 top-five and 38 top-10 finishes in 42 feature events.

A review of his spectacular campaign and a preview of the Outlaws World Finals will be part of the live discussion with Despain.

Francis will also be live on the cable network when he looks to close out his championship season. The Late Model and sprint car action from Nov. 3 at Lowe's will be telecast on Speed from 8-11 p.m. Eastern.

The event brings World of Outlaws Late Models and sprints together for the first time in history. Time trials will be held on Nov. 1, with two complete programs for both series on Nov. 2-3.