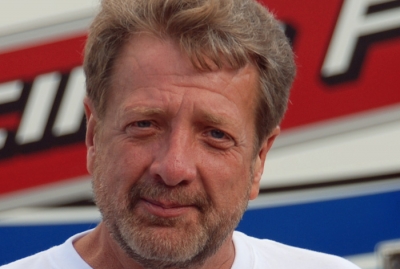 The Dirt Track World Championship is heading back home to West Virginia.

After a nine-year sojourn to tracks in Kentucky, Ohio and Indiana, race promoter Carl Short is taking his $50,000-to-win crown jewel to the state where it began back. Short announced on Monday evening that he's scheduled the 30th annual DTWC for Oct. 14-16 at West Virginia Motor Speedway in Mineral Wells, W.Va.

The lucrative race, launched at the now-closed Pennsboro (W.Va.) Speedway in 1981, twice ran at WVMS in 1999 and 2000, setting a event-record attendance. The 5/8-mile oval in northwestern West Virginia has been closed in recent years but will reopen in 2010 under the management team of BDS Promotions, who hosted with the Short-promoter Hillbilly 100 at a Middlebourne, W.Va., track.

"Even though it's not the same track, (WVMS) is as close as you can get to the original location," the 62-year-old Short said in a release. "Brian Ferrell, Scott Strode and Daniel Patterson (of BDS) did a fantastic job in their promoting of Tyler County Speedway and I'm sure they will do the same at WVMS."

Short announced last fall he was moving the Hillbilly 100 to WVMS, and when Lawrenceburg (Ind.) Speedway's first DTWC in October was hampered by poor weather, a subpar crowd and event-low car count, the handwriting was on the wall for the race's return to West Virginia. But Short said it wasn't an easy decision after he considered returning to Lawrenceburg or K-C Raceway near Chillicothe, Ohio, which hosted the DTWC for four years through '08.

"This was one of the most gut-wrenching decisions I have ever had to make. Not going back to Lawrenceburg was a decision I really hated to make. It is an amazing facility and (promoters) Dave and Kim Rudisell are just great folks," Short said, adding the track prep and daytime feature race was "fantastic."

Short said he also had several conversations with K-C owner Jeff Schrader, who completed purchase of the track after Short moved the race to Lawrenceburg last winter. But in the end, Short decided to return to the state that has hosted 20 of the 29 Dirt Track World Championships.

Steve Francis of Ashland, Ky., won the first DTWC at Mineral Wells in 1999, while Wendell Wallace of Batesville, Ark., captured the next year's event at WVMS.