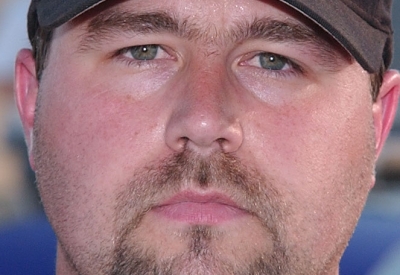 With a commanding 83-point lead over defending champ Chris Shannon of Merced, Calif., the 32-year-old Hogge is so close to the championship that he can taste it. But he won't let loose with his emotions until the points battle is officially decided in his favor.

“Winning the title will mean a lot,” said Hogge, who campaigns family-owned equipment on the West Coast's premier dirt Late Model series. “You work so hard all year to finish every feature when you're points racing, so when you can come out on top it shows you've put forth the effort to start something and finish it.

“Hopefully we can sew it up with a win. That would be the perfect way to top off the season.”

Hogge enters Saturday's 14th annual Western Dirt Nationals program on a major roll. He's captured the last four Western Allstars features — at four different tracks — to tie the tour's consecutive-win record set in 2007 by Mike Johnson of Lompoc, Calif., who will not be in action on Saturday because of an Achilles tendon injury he suffered last month while playing football.

Overall Hogge has won six of the 11 Western Allstars events contested in 2009. A victory in Saturday's 30-lap, $2,000-to-win event would go alongside his score in the season opener on March 28 at the 3/8-mile Kings Speedway and push his all-time tour-leading win total to 17.

After finishing second in the 2008 Western Allstars points standings, Hogge is ready to seal the deal this year.

“Last year we were leading the points but made a decision to skip one race and run a big modified show in Oregon,” said Hogge. “It worked out for us because we won the race, but I felt bad about giving up on a chance to win the Western Allstars title. This year we made the commitment to go for the championship and we're close to meeting our goal.”

Hogge will face tough competition on Saturday from many of the same drivers he defeated to win the tour's '09 lidlifter, the Gary Jacob Memorial, seven months ago at Kings Speedway.

Shannon, who marched forward from the 17th starting spot to finish third in that event, has a solid hold on second place in the points standings and will be out to grab some glory in the season finale. Rob Sanders of Bakersfield, Calif., and Nick Bartels of El Segundo, Calif., will battle for third place in the final points standings (they're separated by only 12 points), while Matt Micheli of Live Oak, Calif., appears to have a fifth-place points finish in hand.