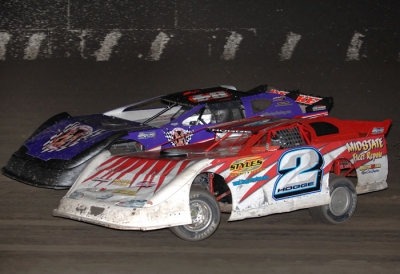 Notes: Hogge's Victory Circle Chassis is sponsored by Midstate Fleet Repair and Styles Motorsports. ... Hogge has a series-leading 15 career victories. ... Jeff Decker of Morgan Hill, Calif., started fifth but was knocked from contention when his car got up on two wheels, then nosedive to the racing surface before hitting the wall.