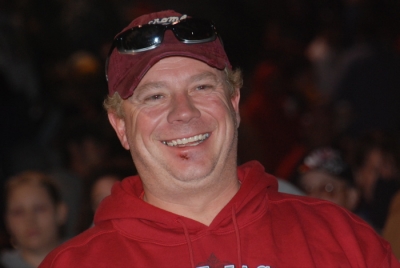 The 16 transferees from Friday night's heat races — the first- and second-place finishers in the eight prelims — drew for positions to set the first eight rows of the feature event.

The remainder of the lineup was set by four consolation races as Jackie Boggs, Todd Andrews, Alex Ferree and Boom Briggs won those 20-lap events. Boggs nipped Jeep Van Wormer in a race-long duel between front-row starters while Andrews moved past Matt Lux on a lap-two restart to take command in the second consolation. In the third consolation, Ferree rallied from his 15th starting spot with a high-side charge and held off a late rally from 18th-starting Jim Yoder, who ran the low groove. Briggs led all the way in the fourth consolation to outrun fellow front-row starter Ron Delano Jr.

The 75-lap main event is scheduled for later Saturday evening.