In his World 100 debut, plenty of focus on Fuller 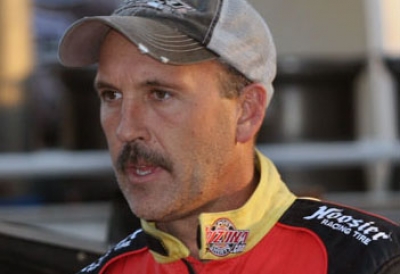 For a driver who’s never even entered the World 100, Tim Fuller will sure have plenty of eyes focused on him during the prestigious UMP DIRTcar Racing event Sept. 11-12 at Eldora Speedway.

In fact, with Fuller charging into the famed half-mile oval on a month-and-a-half-long hot streak that has seen him win seven of the last 11 World of Outlaws Late Model Series events and finish second in a 100-lap crown-jewel race, he’s being talked up as a –—dare it be said? — favorite to capture the coveted World 100 globe. | Complete World 100 coverage

It’s a pretty mind-blowing situation for the 41-year-old from Watertown, N.Y., who’s in just his third year of dirt Late Model competition after excelling in the Northeast’s big-block modified ranks.

“I don’t want more attention, but that goes with the territory when you’re on a roll like we are,” said the modest Fuller, acknowledging the respect his summertime run has brought him. “To roll in there (to Eldora) and be considered a favorite — man, that’s great. Sure, it’s some extra pressure, but it’s better to be thought of in the group of guys who can win the race than the alternative.”

While Fuller’s experience at Eldora amounts to four Dirt Late Model starts and a couple big-block modified appearances, he’s very confident that the magic he’s found with his Gypsum Express Rocket Chassis will translate to the fast, high-banked track.

“I’m looking forward to the World,” said Fuller, whose recent headline-grabbing success includes a WoO record-tying four consecutive wins and a $20,000 second-place finish in the USA Nationals 100 on Aug. 1 at Cedar Lake Speedway in New Richmond, Wis. “I think we’re going there with a pretty decent car. If it’s slippery like the place is known to get I think we can have one of the best cars, but if it takes rubber we might be in trouble.”

Fuller has an understanding of Eldora’s big-race format from his assaults on the $100,000 Dream event the past two Junes. He finished 22nd in 2008 but failed to qualify for this year’s version three months ago, missing a transfer spot by two positions in the B-Main after advancing from 20th to sixth in impressive fashion.

“I think we’ll be all right in the race, but we gotta get there first,” said Fuller, who skipped the World 100 the past two years to run big-block modified events close to his upstate New York home. “I know from running the Dream that it’s time trials that are so tough. You have one lap (to get up to speed) and it better be a good one, so you gotta go around there wide open.

“With so many good cars (in the field), it’s tough to come back from a bad time-trial (lap). I’d like to be able to start up front (in a heat) and see what happens.”

Fuller, who will have a fresh Custom engine under the hood of his car this weekend, might actually have some good vibes on his side. He’s coming off a victory on Sept. 6 in the finale of the WoO Oil Region Labor Day Classic at Tri-City Speedway in Franklin, Pa. — the same race that Shane Clanton won last year one week before capturing his first-ever World 100.