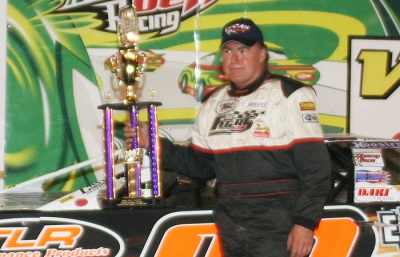 Track champion Jeff Wildung of Nassau, Minn., came from his eighth starting spot to finish eighth followed by overall WISSOTA points leader Zach Johnson of Lowry, Minn. Pat Doar of New Richmond, Wis., who came from deep in a consoation race to advance to the feature, rallied from 23rd-to-fifth in the main event.

The weekend's other WISSOTA special, the Proctoberfest at Proctor (Minn.) Speedway, was rained out and won't be rescheduled.