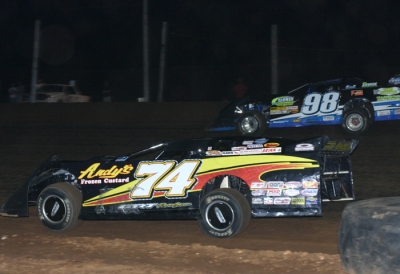 Phillips, who led the first 15 laps, faded to finish fifth in a race slowed by three cautions for single-car incidents. Justin Wells of Aurora, Mo., finished second followed by Eric Turner of Springfield and Brandon McCormick of Lebanon, Mo.

Notes: Payne's GRT Race Car has a Hatfield engine and sponsorship from Andy's Frozen Custard. ... Payne's mother Debbi was in attendance for the 23-year-old Arizona native's victory. ... Payne's third victory of the year ties Wendell Wallace and Eric Turner for the most on the series. ... Payne's sixth career series victory moves him into seventh on the all-time MARS victories list. ... Next up for the series is a July 24-25 weekend at Batesville (Ark.) Motor Speedway.