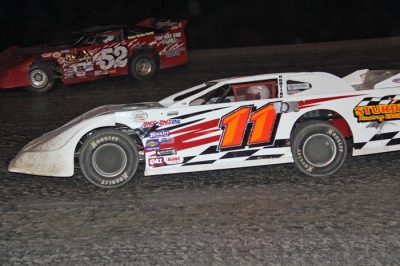 Mike Johnson of Harwood, N.D., was third in the race postponed by rain on June 6. Paul Mueller of Bismarck and Ricky Weiss of St. Francois Xavier, Manitoba, rounded out the top five.

Doppler's second career NLRA victory was his first since May 29, 2000, at Dacotah Speedway in Mandan, N.D.