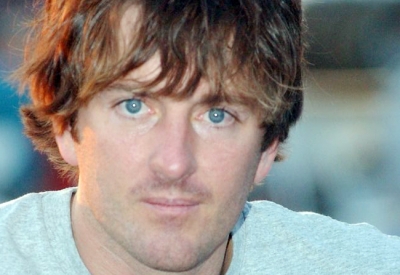 Tim McCreadie climbed behind the wheel of a race car for the first time in five months on Tuesday. And after that practice session, the 2006 World of Outlaws Late Model Series champion pronounced himself ready for his long-awaited return to Dirt Late Model competition.

Sidelined since suffering a back injury on Jan. 15 in a crash during the Chili Bowl Midget Nationals in Tulsa, Okla., McCreadie will make his first full-fendered start of the season Thursday when the World of Outlaws launch the Great Northern Tour at Ontario's Ohsweken Speedway.

“I'm a little tired and sore (after practicing), but that's to be expected after not doing anything for so long,” McCreadie said on Wednesday morning after returning from a visit with a local chiropractor. “Everything went smooth and I feel like I'm ready to go. I'm excited to get back to racing. Hopefully we'll be able to get out there and have some good runs in these races coming up.”

McCreadie, who won last year's inaugural WoO LMS event at Ohsweken, tentatively plans to follow the remainder of the Great Northern Tour after Thursday night's lidlifter. The busy swing also includes dates on June 20 at Quebec's Autodrome Drummond; June 21 at Cornwall (Ontario) Motor Speedway; June 22 at Can-Am Motorsports Park in Lafargeville, N.Y.; June 23 at Canandaigua (N.Y.) Speedway; June 24 at Big Diamond Raceway in Minersville, Pa.; and June 25-27 at Lernerville Speedway (the completion of a held-over show is set for June 25 and the Firecracker 100 will be contested on June 26-27).

Rick Eckert knows how much fun it is to win the Quebec 50 at Autodrome Drummond in Drummondville, Quebec. That's one big reason why the standout racer from York, Pa., would love to pull off another victory Saturday when WoO Great Northern Tour visits the French-Canadian facility for the third consecutive year.

Eckert, 43, found himself in the middle of a memorably raucous scene following his triumph in last year's race at Drummond, a 4/10-mile oval that has drawn one of the tour's biggest crowds for two years in a row.

“It's a cool place to go to a race and a real cool place to win a race,” said Eckert, who held off 2006 WoO LMS champion Tim McCreadie of Watertown, N.Y., to capture the '08 Quebec 50. “When I got out of the car there was all kinds stuff going on.”

For starters, Eckert stood on the roof of his orange Raye Vest Racing No. 24 and waved to the thousands of cheering fans packed into the huge, steep grandstand that stretches the length of the speedway's homestretch. It was the type of postrace reception that gets a driver's adrenalin pumping.

Then, as Eckert hugged his wife Kristal and high-fived his crewmen, music blared from Drummond's loudspeakers and colorful rockets went off in the sky. Eckert's victory interview had to wait until the end of the fireworks display, which was lengthened by the fact that the fireworks planned for the pre-race pageantry weren't fired to save time with a threat of rain looming.

Eckert stood in awe while watching the spectacle that is a major event at Drummond, which has developed a well-deserved reputation for providing hip, exciting entertainment under the leadership of promoter Yan Bussiere.

“The whole night is a real big shindig there,” Eckert said. “They put a show on. They really do a great job of getting their fans into the racing and making the night fun.”

Cornwall (Ontario) Motor Speedway owner Ron Morin is an unabashed fan of Dirt Late Model racing. “I'll go out of my way to see a good Late Model show,” declared Morin, who always has a long drive to full-fendered events since his home in the Thousand Islands region of Ontario is far from the heart of Dirt Late Model country.

But Sunday night, the division will come to Morin when his gorgeous quarter-mile oval hosts the World of Outlaws as part of the Great Northern Tour for the second consecutive year.

Morin is looking for a repeat of last year's spectacular 50-lap feature, which drew a standing-room-only crowd to the high-banked track and saw young sensation Josh Richards of Shinnston, W.Va., outduel former tour champion Tim McCreadie for a dramatic victory.

“That race was probably even more exciting that I expected,” said Morin, who has built Cornwall into a showplace DIRTcar Racing-sanctioned facility during his more than quarter-century at the helm. “It was such a great race, there were people saying they wanted to pay again on their way out!"

Morin, of course, wasn't surprised that his clientele, which is accustomed to DIRTcar 358-modified racing, got so jazzed up watching WoO action. After all, Dirt Late Models commanded his interest as soon as he saw them for the first time back in the early ‘80s, when the wide-traveling NDRA tour visited central New York's Rolling Wheels Raceway.

“I guess I got the bug for Late Model racing,” said Morin, who oversees one of the most successful Sunday-night tracks in North America. “I just love watching them race. I think it's the way they lift up the left-front corner and slide so hard in the turns. They're just so exciting.”

After finally landing a coveted WoO date for Cornwall last year, Morin is anxiously counting the days until the tour's return engagement. A 50-lapper paying $10,000 to win headlines Sunday's card.

“I'm ready for the Outlaws to come back,” said Morin. “I'm going to working on the track every day to make sure we give them the best track possible to race on.”