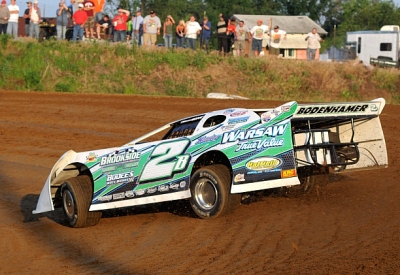 NEVADA, Mo. (June 13) — With this western Missouri town hosting its annual Bushwhacker Days, Jason Bodenhamer rolled into town and did a little bushwhacking of his own. The Centerview, Mo., driver led all 40 laps at Nevada Speedway to post his seven career victory on the O'Reilly Midwest LateModel Racing Association and first since 2006. | Slideshow

Bodenhamer's victory was his first on the tour since a Sept. 2, 2006, win at Salina (Kan.) Speedway.