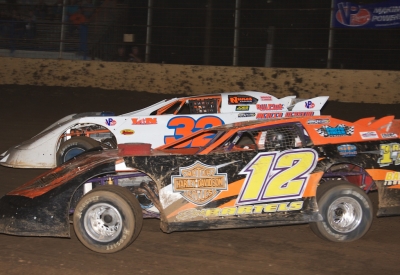 MARYSVILLE, Calif. (June 6) — Chris Shannon won the 2008 Western Allstars DIRTcar Late Model Series championship, but the season was unsatisfying in that he didn't win a series event. He took care of that Saturday at Marysville Raceway Park.

The 42-year-old driver from Merced, Calif., led all 30 laps from his pole position for a $2,000 victory, his first-ever on the series. Shannon brought a car out of mothballs and raced to victory. | Slideshow

"This car has been sitting here for three years and I dusted it off," Shannon told the (Marysville) Appeal-Democrat about his choice to park his newer car. "She's staying, were going to run this one from now on."

Notes: Shannon is sponsored by Shannon Pump Co. ... Ryan McDaniel of Yuba City, Calif., finished sixth as the highest-finishing local driver. ... Next up for the Western Allstars is a June 19-20 weekend at Silver Dollar Speedway in Chico, Calif., and Antioch (Calif.) Speedway.