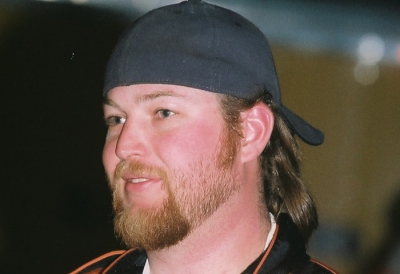 After sitting out the first year of the Unified Force Race Championship, Lernerville Speedway in Sarver, Pa., has jumped on to the 2009 schedule for the UFO tour. Lernerville has scheduled the $2,000-to-win Lunarville 33 for Aug. 7, giving the second-year series its ninth event of the season.

The season opens June 6 at PPMS with the 41-lap Penn Nationals and concludes with Challenger's Ultimate XV on Oct. 8-10. — From track and series reports

ULMS KICKS OFF SEASON AT McKEAN: The Northern Tier United Late Model Series begins its 2009 season April 25 at McKean County Raceway in East Smethport, Pa., with the $2,000-to-win Jim Duffy Memorial. Besides the winning purse, the victor picks up a guaranteed starting spot in the $12,000-to-win Priority Car RaceFAN 50 at McKean County, which wraps up the ULMS season Sept. 26. The Duffy Memorial honors the Smethport native who helped shaped the current 3/8-mile oval into its current configuration in the summer of 1983. ULMS enters the season without a defending champion after the retirement of Todd Andrews of Eldred, Pa. — Chris Zuver

TOPLESS DOUBLEHEADER COMING UP: Drivers willing to temporarily remove the tops from their Dirt Late Models can run for extra money April 24-25 at Midway Speedway in Crooksville, Ohio, and Tyler County Speedway in Middlebourne, W.Va. Midway's Topless 40 on Friday pays $2,500 to the winner while Tyler County's 15th annual Topless 50 pays $4,000 to Saturday's winner. There's a $500 bonus for the driver with the best average finish at the tracks, which are separated by 125 winding miles of highway. — From track reports

TWO-TRACK TITLE WORTH POSSIBLE $16,000: Two central Pennsylvania tracks have announced more details of the Force Inc. Super Late Model Championship Challenge. Any driver who can sweep the Late Model points titles at Dog Hollow Speedway in Strongstown and Marion Center Speedway will earn a $10,000 bonus (each individual title is worth $3,000). The tracks instituted the program, sponsored by Force Inc. of Indiana, Pa., to give drivers a chance at more money without distant travels. Each track plans $1,000-to-win weekly features for the open-tire rule events. — From track reports