From series and special reports 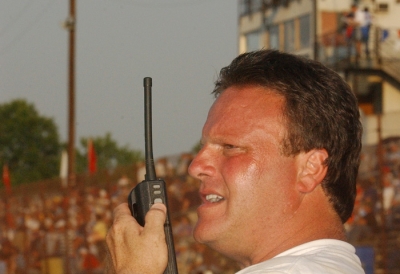 With $110,000 on the line in first-place prize money alone, the Lucas Oil Late Model Dirt Series hits the road for six events during a five-week stretch of racing action. Kentucky, Missouri and Illinois will host two events apiece during the May 2-30 stretch of series racing.

The month kicks off May 2 at Paducah (Ky.) International Raceway, a 3/8-mile oval in western Kentucky co-owned by Bob Sargent along with NASCAR drivers Dale Earnhardt, Jr., Ken Schrader and Tony Stewart. The first-ever series event at Paducah paying $10,000 to the winner will be taped in front of the high-definition cameras of the Speed cable network for a one-hour tape-delayed broadcast.

After that, series drivers head to the third annual SuperClean Diamond Nationals at the sparkling Lucas Oil Speedway in Wheatland, Mo. The May 8-9 event pays $30,000 to the winner and will be shown on Speed a few weeks later in a two-hour tape-delayed program. Last year's winner was Shannon Babb of Moweaqua, Ill.

On May 16, the series heads to La Salle (Ill.) Speedway for the $10,000-to-win Spring Shootout at the Kerrianne and Joe Izzo-promoted facility.

Memorial Day weekend features two new events to the series schedule, starting with the O'Reilly Show-Me 100 at West Plains (Mo.) Motor Speedway on May 22-23, a previously unsanctioned special event that has been among the nation's biggest races. The Speed cameras will also be on hand at the Don and Billie Gibson-promoted oval, which pays $40,000 to the Show-Me 100 winner. Capping the weekend is the $10,000-to-win FedEx 50 at Tri-City Speedway in Granite City, Ill.

Winding up the lucrative month is Florence (Ky.) Speedway's Ralph Latham Memorial on May 30 at the northern Kentucky oval. — From series reports

COTTON PICKIN' 100 CHANGES DATES: The Cotton Pickin' 100, one of Mississippi's richest Dirt Late Model events, has moved from its regular mid-October date to the last weekend of the month. The $15,000-to-win event is scheduled for Oct. 30-31 at Magnolia Motor Speedway near Columbus, Miss. The new date at the Johnny Stokes-promoted track will help the event avoid conflicts with other major events. — Tim O'Brien