WDRL champ picks up '09 where he left off 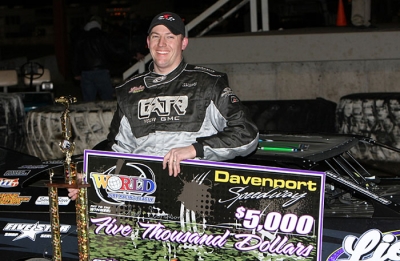 DAVENPORT, Iowa (April 4) — Returning to the track where he locked up last year's series championship, Chad Simpson of Mount Vernon, Iowa, started 2009 off with a bang, leading all 40 laps of the World Dirt Racing League event at Davenport Speedway. | Slideshow

The polesitting Simpson, who earned $5,000, was never seriously threatened in a race slowed by four cautions at the half-mile oval on a windy, chilly Saturday evening.