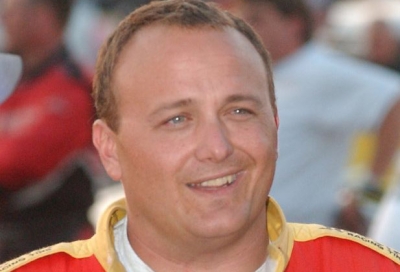 The Lucas Oil Late Model Dirt Series on Tuesday levied a five-race suspension and $5,000 fine on 2008 Rookie of the Year Terry Casey for his on-track retaliation against Josh Richards Feb. 7 at East Bay Raceway Park in Gibsonton, Fla.

Casey, who rammed Richards during an ensuing caution period after the drivers collided battling for the lead in the finale of the 33rd Dart Winternationals, was also docked 500 points by the series for his actions at the track near Tampa.

"Mr. Casey not only put himself, but also Mr. Richards and series officials in danger," series director Ritchie Lewis said in a release. "Mr. Casey made a decision while under the caution to take matters of discipline for the pre-caution incident between himself and Mr. Richards into his own hands, before officials of the series had a chance to hand down any punishment for Mr. Richards' on-track actions.

"The Lucas Oil Late Model Dirt Series does not take these kinds of actions by any competitor lightly. We have taken a strong stance in this matter to prevent this from happening again. We truly hope Mr. Casey has learned from this mistake and will continue to grow as a person and a race car driver."

On Monday, Casey issued an apology for the incident, which occurred after the second lead-battle tangle of the week with Richards, who won three of six Winternationals features.

“I was frustrated after being involved in three different race-ending incidents with other competitors, two while leading the race by the same driver," the New London, Wis., driver said in a release, adding he holds no lingering anger toward Richards. "I know I was not the only one to have issues with rough driving during the week. If anything positive comes from all of this, I hope the Lucas Oil Series will step up and make sure that the issue is addressed. It was wrong to take my emotions out on the racetrack, but at that point I felt if I couldn’t win, neither should he."

Richards, who pulled off the track on his own following the lap-21 fiasco, doesn't face any penalties regarding the incident, series officials said. Had Richards continued in Saturday's finale, officials said he would have faced a rough-driving penalty and been sent to the tail of the field.