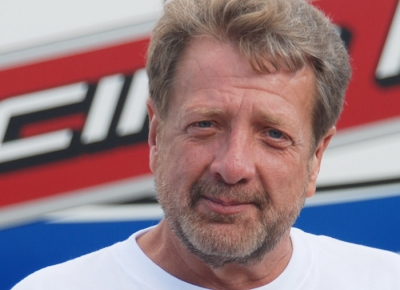 Will the 29th annual Dirt Track World Championship be held at K-C Raceway, the track near Chillicothe, Ohio, that has hosted the previous four runnings of the $50,000-to-win event? That's undecided as of late January as race promoter Carl Short considers his options with one of Dirt Late Model racing's richest unsanctioned events.

Short says he's been negotiating with K-C Raceway promoter Jim Nier for the Oct. 16-17 event, but "nothing has been decided for certain." With the possibility that the 3/8-mile oval in southcentral Ohio may not host a regular racing program in 2009, Short said he's reluctant to commit to running the DTWC at a track that would be running its first race of the season in October.

Nier didn't return a phone call seeking comment and numerous attempts to reach him were unsuccessful.

Short, who has promoted the DTWC at five racetracks, said he made a three-year commitment to K-C Raceway when arriving in 2005 after a three-year stint at Bluegrass Speedway in Bardstown, Ky. The race has previously been held at three now-closed tracks: Pennsboro (W.Va.) Speedway, West Virginia Motor Speedway in Mineral Wells, and Thunder Ridge Raceway near Prestonsburg, Ky.

If Short moves the DTWC to another track, he shouldn't have any problem finding tracks interested in hosting the prestigious event. "Several other tracks have inquired about the possibility of having it there," Short said. He has a frontrunner in mind but didn't want to reveal it or the other possible venues until the situation at K-C is settled. He hopes to make an official announcement on the DTWC site by March 1. — Todd Turner

McCREADIE HEADING HOME SOON: Former World of Outlaws Late Model Series champion Tim McCreadie, who suffered a serious back injury in a flipping accident Jan. 14 at the Lucas Oil Chili Bowl Midget Nationals, is expected to head to his Watertown, N.Y., home Thursday after being evaluated by famed racing physician Terry Trammell in Indianapolis, Ind. Trammell diagnosed the 34-year-old McCreadie with a burst fracture of his T-3 vertebra (he was initially diagnosed with a compression fracture) and plans to re-evaluated the driver in three months, said Roger Slack, who flagged the Chili Bowl competition in Tulsa, Okla., and spoke to McCreadie. Trammell told McCreadie to keep using a neck and back brace but try to remain active to speed the healing process. Donations to assist with McCreadie’s medical and recovery expenses can be made to the Tim McCreadie Support Fund c/o USAC, 4910 W. 16th St., Speedway, IN 46224. — From staff reports

SOUTHERN ALL STARS, SUPR FACING OFF: Last season, the Southern All Star and Southern United Professional Racing tours had a showdown in Columbus, Miss. In 2009, the O'Reilly Auto Parts-sanctioned organizations have planned Aug. 14-15 events at Deep South Speedway in Loxley, Ala., a 4/10-mile oval near the Gulf Coast. The Friday night race will pay $4,000 to the winner while Saturday night's winner will collect $5,000. The mostly complete Southern All Star schedule has been released while the SUPR schedule is expected soon. — From staff reports

UDLMCS PLANS RICHEST RACE: The second-year United Dirt Late Model Challenge Series has planned its richest race for March 28 at Golden Isles Speedway near Brunswick, Ga. The Georgia State Late Model Championship will pay $10,000 to the winner of the 50-lap feature event at the 4/10-mile oval. The race will be the third on the UDLCMS 2009 schedule, following a Feb. 27 event at Ocala (Fla.) Speedway and a March 7 race at Hendry County Motorsports Park in Clewiston, Fla. — From staff reports

MILLER BOOSTS SPONSORSHIP FOR NEW TEAM: Dirt racer Jeremy Miller of Gettysburg, Pa., has received increased sponsorship as he returns to owner-operator status for the 2009 season. Stewart Byers of Carlisle, Pa.-based USA Spares stepped up with extra support for the 37-year-old Miller, who drove for Buckler Motorsports more than six years before the team disbanded in December. The sponsorship allowed Miller to hire full-time mechanic Derrick Hurley to work on the team's Victory Circle Chassis, which Miller run for the first time. Miller, who counts a World of Outlaws win at Virginia Motor Speedway and several big-purse trophies at Hagerstown (Md.) Speedway among his 62 career Super Late Model victories, appreciates Charles and Genny Buckler lifting his racing to a higher level in recent seasons. "We had a lot of fun and success," said Miller, who will continue to use a Buckler-owned trailer in 2009, "and I’m going to miss racing for them." — From team reports