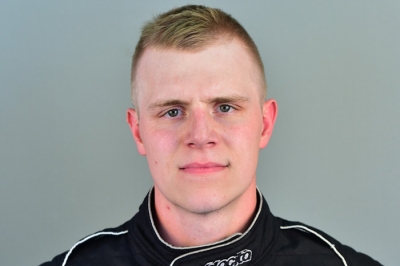 The last time Payton Looney came to Lucas Oil Speedway, it was a weekend of extremes that you might say he "flipped" from one end of the spectrum to the other.

At last October's Lucas Oil MLRA Fall Nationals in Wheatland, Mo., Looney found himself and his nearly new Capital Race Car upside down after an accident not of his own making. Less than 24 hours later, after a late night of repairs, Looney bounced back with a strong second-place finish.

Those two nights sort of exemplified the Republic, Mo., driver's 2019 season, one that was plagued by so much early misfortune that he shut it down for six of eight MLRA events to regroup before returning to finish it out in positive fashion.

"I can't wait," Looney said of getting back to Wheatland, where he was a track champion in his formative years in Limited Late Models. "That track is a little bit different from most places we go. I think (experience racing there weekly) does play in my favor a little bit."

The 2018 MLRA Rookie of the Year has one top-10 in three MLRA events this season. He picked up a $5,000 victory June 6 at the Comp Cams Super Dirt Series Rockabilly 45 at I-30 Speedway in Little Rock, Ark., along with second and third-place Comp Cams finishes Memorial Day weekend in West Plains, Mo.

"It's going pretty good," Looney said. "We got that big win in Little Rock. Hopefully we can continue to carry that (momentum) on and hopefully we get that big MLRA win this weekend. We have four chances to do it. Hopefully that momentum will build and leads to success.

"I don't think I've ever done four races in four nights. I guess we'll find out how it goes. It's two of my favorite places though. I love Salina (Highbanks) and Wheatland. We'll give it a go."

The delayed start to the season due to the Covid-19 virus worked out well for Looney. Not only did Looney, car owner Jeremy Atnip and crew chief Lake Mooneyham use it for extra preparation on the car, he was able to spend extra time with new daughter Elliott (almost 5 months old) and his toddler son, Baylor.

"We definitely tried to use it as a positive to get the car up to speed," Looney said of the break. "I think it translated to some instant success once we got going."

Looney said it would be sweet to take a trip to victory lane at Lucas Oil Speedway, where he won often in the ULMA division. With a goal of competing for the MLRA championship this season, his main focus is race-by-race success.

"You'd like to say being the points champion is a goal, but honestly I just try to go out every race and try to win," Looney said. "I feel like if you're doing that every race, the points will take care of itself.” — Lyndal Scranton

Alberson back behind wheel

"Ken had tried to help me land a deal with another team this off season, but unfortunately it just never materialized,” Alberson said. “When that happened Ken kind of knew where I was at and what I was hoping to do, so just a couple of weeks ago I ended up calling him because I knew him and his guys had mentioned the possibility of doing two cars.

"I was trying to be easy on them because I know how difficult a two-car deal can be. He suggested it and I though it sounded like a pretty cool opportunity. To actually race (June 12-14) was a little bit of a surprise. We went up there just planning to ride along with them, but the team decided to get the car ready so all we had to do was swap seats and get some shocks ready, so it worked out pretty well."

After a successful Late Model career in New Mexico, Alberson moved to Louisiana in 2014 to work with Black Diamond manufacturer Stuckey Enterprises and continued his racing with Childress Racing, posting a runner-up finish in Comp Cams Super Dirt Series points in 2017 before the team dissolved.

Without a ride, Alberson decided to work on Pearson’s crew to soak up the experience of a national touring team and veteran driver.

"That first year touring especially, I felt like I learned a whole lot and gained a lot of good info and contacts, but that second year it got to the point where I felt like I wasn't gaining as much as I was losing by sitting outside of the car,” Alberson said. "My passion in the sport is definitely in driving, and I'm not where I need to be yet, as far as experience and stuff like that, but I think I'm going in a good direction if I can stay after it.” — Billy Rock

Mitch McGrath of Waukesha, Wis., is among MLRA regulars on the four-race swing with a long haul from the upper Midwest. The trip may get a little shorter because McGrath is coming off a Sunday victory on the DiscountShopTowels.com Dirt Kings Tour at Wilmot (Wis.) Raceway and ends at Salina, Okla., where McGrath set fast time last season in MLRA action.

The seventh annual ARMI Freedom Classic at Salina Highbanks Speedway posts $3,000- and $5,000-to-win events Friday and Saturday to wrap up the four-race stretch.

"It was a real good feeling,” the 33-year-old McGrath said of his 14.758-second lap last June in Salina. "We had our smallest motor in and just held it wide open all the way around.”

Last year’s MLRA runner-up struggled a bit in the first two races of the season but managed a 12th-to-fifth run June 14 at West Liberty (Iowa) Raceway and is 100 points out of the lead in sixth place. He's looking for his first MLRA victory.

"It's going to be a long week. We go go-kart racing with my son Tucker on Tuesday night and then we'll jump in the truck around 10 and drive part way and the rest of the way to Wheatland on Wednesday morning." McGrath said. "It's going to be hot, but my crew is really good and they stick it out and endure it with me.”

McGrath is ready for the challenge of the region’s best drivers during the Wednesday-Saturday action and throughout the season.

"I hope a lot of these guys stick around because you just feel better at the end of the year if you can run well with them in a full field,” he said. “I know last year we dwindled a little bit on car counts and we still had a good finish at the end of the season, but it will just be that much better to say that we beat some stiff competition.” — Billy Rock

The Lebanon, Mo., driver, who had a short stint on dirt nearly 10 years ago in B-modified competition, leaves asphalt for dirt in chasing MLRA's Sunoco Rookie of Year title. He also leaves behind chores at the I-44 oval his family owns and operates.

"After last season I decided I was tired of not getting to go racing and have fun, so I traded (Tennessee driver and former World of Outlaws Morton Buildings Late Model Series champion) Mike Marlar my asphalt late model for one of his Dirt Late Models,” Willard said. "Being able to go race and have fun and not having to worry about running the racetrack side of things, like worrying if the lineups are right, or if the hot dogs are right at the concession stand, is the most gratifying thing about the transition.”

Willard will get some assistance in his transition from fellow asphalt convert and MLRA regular Tony Jackson Jr., also of Lebanon. The rookie traded the Longhorn Chassis he acquired from Marlar for a Barry Wright Race Car, matching Jackson’s cars and fielding the same chassis brand his father drove in the 1980s.

"Our setups are basically the same, and our crew guys go back and forth, so it's just nice being able to share knowledge,” Willard said of his partnership with Jackson. “When we raced asphalt together we liked very similar race car setups, so I think on dirt it will be the same way eventually once I get it figured out.”

Willard is just one of several rookie candidates with MLRA along with Tony Toste of Pismo Beach, Calif., Jeremy Conaway of Springfield, Ill., Justin Duty of Mulino, Ore., and the Iowa-based cars of Jeremiah Hurst and Garrett Alberson.

"I know how tough it is, and it seems like this year's field of cars in the MLRA may be the toughest it has been in recent years, so it isn't going to be easy,” Willard said. "I feel like the only way to learn and get better is to go race against the best and obviously we are doing that right now. I raced some of the biggest races on asphalt and got my butt kicked because I wanted to know where I stood.

“We may not be very good right now, but I'm going to get better every time on the racetrack. You have to rise up to the people around you, so that's what I'm going to make myself do.” — Billy Rock