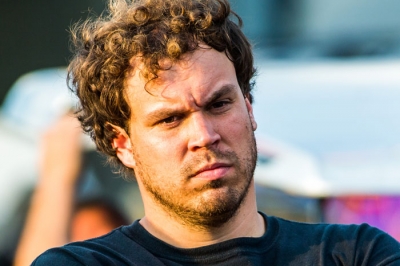 Thanks to a grinding springtime wreck, Jordan Yaggy’s promising 2019 Dirt Late Model campaign came to an abrupt end — and with it went any possibility of the driver from Rochester, Minn., taking a crack at following the full Lucas Oil Midwest LateModel Association schedule for the first time in his career.

But with the 28-year-old’s mind and body recovered from his season-ending accident and his Arnie Ranta Motorsports team reloaded for action, Yaggy is ready to do what he had contemplated last year: chase the MLRA tour. He plans to make his 2020 debut in the circuit’s April 10-11 opener at Lucas Oil Speedway in Wheatland, Mo., and then focus on the series for the remainder of the season.

“It has been our intent the last couple of years to run more MLRA races,” Yaggy said. “Last year we were really taking a good hard look at running the vast majority of the MLRA schedule until we had our wreck. We are definitely looking at getting back on track this year.”

Since making a big leap in 2015 and running the entire World of Outlaws Morton Buildings Late Model Series, Yaggy’s racing activity has decreased in each of the past four years. He was eyeing a busier ’19 schedule after making a modest 11 starts the previous season (with a top finish of seventh in a MLRA event at Iowa’s Davenport Speedway), but a disastrous May 4 trip to West Liberty (Iowa) Raceway for another MLRA show ended up turning him into a spectator for the remainder of the year.

Yaggy had started off the 2019 MLRA tour with uplifting results, entering three of the first five events and finishing third in the April 19 season opener at Davenport, 11th in April 20’s Slocum 50 at 34 Raceway in West Burlington, Iowa, and fifth on May 2 at Stuart (Iowa) Speedway.

“We only ran a minimal schedule in ’18, and to come out strong in ’19, we were really enthused about that,” Yaggy said.

But Yaggy rode out a rough crash when the MLRA visited West Liberty, rolling wildly early in the night in a series of flips that left him shook up and his No. 77 machine destroyed. The incident marked a low point for Yaggy and his father Steve, the pitside head of Jordan’s effort.

“It was a huge bummer,” Yaggy said. “We really felt like we had our program in a pretty decent spot putting some good runs together and were really excited to see how the summer was going to unfold. So to have that wreck happen so early in the year, and essentially end our season the first weekend of May, it was definitely a bummer and we were pretty stir crazy throughout the summer.”

Yaggy is focused on turning the disappointment of 2019 into a distant memory. With a new XR1 Rocket Chassis on order for the 2020 season and a Pro Power Racing Engine in his arsenal to bolt inside its framerails, he’s looking forward to racing more often and tackling the MLRA series in pursuit of his first-ever win under the tour’s banner. His career-best MLRA finish came at Southern Iowa Speedway in 2016, when he crossed the line in second behind eventual series champion Jesse Stovall of Billings, Mo.

The young racer is even excited about the MLRA’s May 9 return to West Liberty that will mark his second career start and give him a chance to turn his luck around at the half-mile oval. That race culminates a tripleheader weekend in the Hawkeye State that also includes races at Davenport and Stuart, two tracks that seemed to fit Yaggy well last year.

“I have grown kind of fond of Davenport Speedway and actually a track I had never been to before last year, Stuart Speedway,” Yaggy said. “That was a fun little track to go to. It seemed like the racing was really good in the feature and I am definitely looking forward to going back there.”

After competing in just 15 events over the past two years, Yaggy is hopeful that running a full season again in 2020 — a season that includes more excursions away from his home area — will help elevate his performance.

“There is no doubt that being in the car more makes you better and you make smarter decisions both tuning the car and driving the car,” Yaggy said. “It makes everybody a little bit sharper. In ’19 we were going to try and make our emphasis the MLRA schedule with a few others sprinkled in, so hopefully we can turn our 2020 into what we were trying to do last year.”

Yaggy is viewing the regional MLRA tour as a good fit for his personal schedule, which includes his duties handling operations at his family’s trucking business, Yaggy Transportation.

“When you get up to the World of Outlaws or Lucas Oil (Late Model Dirt Series) caliber it can be very demanding,” said Yaggy, who will likely enter some other special events with other series in his region. “The appeal to us with the MLRA schedule is that it seems to be a series where a guy can go race professional caliber racers and go to nice tracks and still tend to your business back home.”

“Just the fact that we can run with those (MLRA) guys when we have our program going good, it has been our motivation to get things back together,” Yaggy said. “It sucks the wreck happened when we were running so good, but it’s also been our primary motivation to get back out there, too.”

“There is no doubt that being in the car more makes you better and you make smarter decisions both tuning the car and driving the car. It makes everybody a little bit sharper. In ’19 we were going to try and make our emphasis the MLRA schedule with a few others sprinkled in, so hopefully we can turn our 2020 into what we were trying to do last year.”