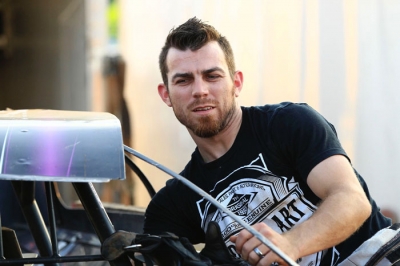 Ben Watkins makes no bones about his feelings for Fayetteville (N.C.) Motor Speedway.

The Rock Hill, S.C., dirt racer said he hated the 4/10-mile oval the first few times he came to the track, but now credits its difficulty with making him a stronger competitor everywhere.

“Fayetteville’s taught me as much as any track has about racing in general,” said Watkins, who will be seeking his third victory in the fifth running of the Cash Money 100 on Oct. 11-12. Saturday's 100-lap feature event will pay $15,000 to the winner; prelims are scheduled for Friday.

“I feel like I came from one style of racing, and it was the complete opposite coming to Fayetteville,” Watkins added. “It made me better rounded as a driver, and it taught me a whole lot that I can carry to other places.”

Watkins has spent 2019 concentrating on Super Late Model action rather than limited-engine competition, and the Cash Money 100 falls under the latter umbrella. But that one Limited start came at Fayetteville last month in an I-95 Late Model Challenge Series show, where he drove the car to a runner-up showing to Willie Milliken.

“We were just trying to get it dialed in,” Watkins said. “We’re really close on the setup in that race, and we know what we need for this weekend, it’s just a matter of fine-tuning from here. We’ve run this car before in Limited and have run Limited a good bit in the past. We’ve got a big notebook on this car, so it’s not a big changeover for me or my team.”

Milliken, of Roanoke Rapids, N.C., leads all drivers in FUEL, I-95 and Cash Money 100 races at Fayetteville from 2015 to the present with nine victories, and he captured the I-95 shows at FMS on Aug. 30 and Sept. 21. Watkins is second with five victories, followed by Dustin Mitchell with three, Shaun Harrell of Gray’s Creek and Russell Erwin with two, and Ross Bailes, Robbie Emory and Michael Rouse with one each.

Watkins said the key to his performance turnaround at Fayetteville was first learning how to slow down and conserve his tires for a late-race charge.

“You can try to run Fayetteville wide open all night,” he said, “but most of the time it’s not going to work out for you. The track demands a lot out of the car and the driver, and looking at the track and deciding when to go as hard as you want and when to slow down and conserve, that’s what I learned to do. If you try to go wide open, it won’t take you long to figure out you’re going to wind up in a bad situation depending on the track surface.

“Sometimes it’s better to let a guy go if he’s pressing you too hard, too early. Just let him go, and usually he’s going to be backing up to you later in the race,” Watkins said. “I know what it’s like to finish (with the tires) on cords there, and when it starts getting like that, you know, if you’ve raced long enough, that you’re just holding on at that point.” — Thomas Pope

One year later, Will Vaught finds himself in the opposite position entering the final weekend of the Lucas Oil MLRA championship chase. Instead of chasing, he is the one being chased and that's a good feeling.

"I'd a lot rather be in the situation we're in this year, rather than last year when we were the underdog," the Crane, Mo., driver said in looking ahead to Oct. 12-13’s sixth annual MLRA Fall Nationals at Lucas Oil Speedway in Wheatland, Mo. Action has been pushed back by a day because of late-week forecasts for rain and cold weather. Comp Cams Super Dirt Series competitors join the MLRA action for a $5,000-to-win event on Saturday and $3,000-to-win event Sunday.

Vaught can almost taste his first MLRA championship. He enters the action 88 points in front of Mitch McGrath and 99 clear of Logan Martin. One year ago, Vaught was riding a three-race winning streak into the Fall Nationals, but was still digging out of an early season points hole and trailed Chad Simpson by 24 points.

Simpson went on to win the weekend, taking the lone feature after night one was rained out.

This time, Vaught has some cushion to work with where solid runs should clinch the championship. It's conceivable that he could clinch the title by the time the checkered flag flies on Saturday.

Vaught admits that it's difficult to dial anything back as winning always is the primary goal. He has three MLRA feature wins in 2019 and was second to Jesse Stovall in the last event, the Larry Phillips Memorial at Lucas Oil Speedway over Labor Day Weekend.

"We approach every race the same," Vaught said. "We go there to win. I catch myself sometimes trying to finish, before winning, and I don't really like racing that way. But we do have a pretty good lead. We still need to win races, though."

Vaught said winning his first MLRA championship would be meaningful.

"I've never been that guy who really followed a series like we have the last couple of years," he added. "I've never won a series championship. It would be a good accomplishment and something to put on the resume to say we did it."

Showing how seriously he's taking this weekend, Vaught said he wanted to race a few times since the Larry Phillips Memorial, but decided to keep his car in the shop instead and go through it with the proverbial "fine-tooth comb.

"We're going into this weekend fresh and really looking forward to getting back on the track," he said. "We're excited to get back to Wheatland. We've been pretty successful there in recent years."

The battle for second in points is razor close with McGrath and Martin separated by just 10 points. Martin has clinched the Sunoco Race Fuels Rookie of the Year with a 255-point lead over Joe Gorby.