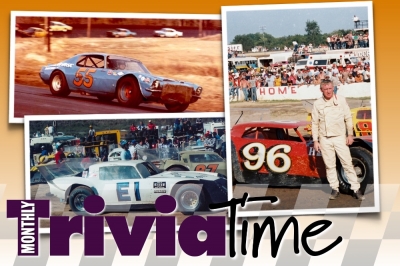 2. What beloved sponsor of southeastern Dirt Late Model racers for more than 40 years passed away in 2010 following an injury he received from a fall?

3. Which two out of these six deceased Dirt Late Model competitors succumbed to injuries from on-track incidents?

4. What coal miner-turned-racer and Kentucky Motorsports Hall of Fame inductee was fatally injured following a highway accident while returning home from a Dirt Late Model event?

5. Which Dirt Late Model great was tragically killed at age 72 in a garage accident when his car fell off the jacks upon him while preparing it for the upcoming 2005 racing season?

6. Which Hall of Fame driver perished in an accident while competing in a NASCAR Cup event?

7. Back in the 1990s, who was the lead broadcaster for cable television network coverage of Hav-A-Tampa events that passed away in 1998 from heart failure at age 54?

8. Which Hall of Famer passed away in 1984 from heart failure following his finest season ever on the ovals in his 21-year Dirt Late Model career?

9. What famous Dirt Late Model team owner from the past was tragically killed while changing a tire on his vehicle on the side of a highway?

10. Who was the only Dirt Late Model racer fatally injured in competition at the Pennsboro (W.Va.) Speedway?

11. Match the race venue with its annual memorial race:

12. What Late Model champion at Tyler County Speedway in Middlebourne, W.Va., was tragically killed at age 22 in an automobile accident on the way home from the track’s year end award’s banquet?

15. Which Hall of Famer was critically burned in May 1978, spent several months recuperating, yet rebounded to score hundreds of victories on dirt ovals before his 2004 death?

16. Which former NASCAR Cup veteran died of heart failure while competing in a Dirt Late Model event on Easter 1972 at the Metrolina Fairgrounds Speedway in Charlotte, N.C.?

17. Which Illinois dirt track promoter was struck by a wheel off a racer at his speedway in 2001 and died four days later from heart failure?

18. Which former WISSOTA Late Model champion was tragically killed in a snowmobile accident in 2001?

19. What multitime Dirt Late Model track champion perished at age 26 in a highway accident in 1979 and has a long-running memorial event named for him?