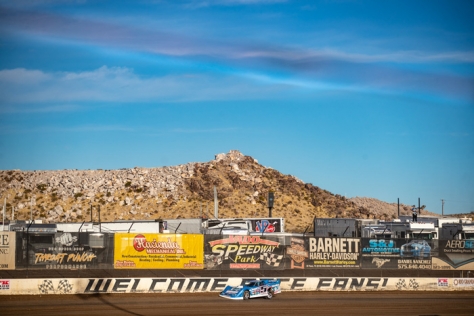 Plans are for one more season at Vado before returning to Arizona where former Arizona Speedway promoter Jonah Trussel, whose Queen Creek oval hosted the Wild West Shootout from 2017-21, plans on building a new Phoenix-area dirt track ready for action by January 2024.

“My family and my staff are really proud of what we’ve built at Vado, and to get to showcase it on such a big stage allowed me to truly see my vision for the facility come to fruition," Jones said in a press release. "We had so much positive feedback from this year’s Wild West Shootout, and I think we can make things even better for next year. It’s cool to have the event back here. The great racing this year partnered with the added money for next year has us really looking forward to January 2023.”

More than $320,000 total prize money will be paid out during the 2023 event, which includes six complete programs for Super Late Models, modifieds, and X-mods. Find complete purse breakdowns and look for upcoming details at wildwestshootout.net.