Editor's note: DirtonDirt.com's new DirtWire feature is a collection of quick-hitting tidbits from around the Dirt Late Model world:
April 711:58 AM ET
Posted by Todd Turner 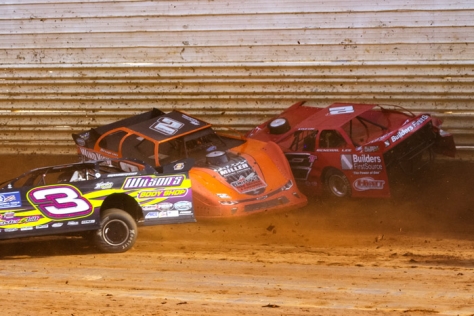 Super Late Model racer Kyle Lee of Mercersburg, Pa., expects to be sidelined from action at least a month after suffering a broken right thumb in a Saturday wreck at Port Royal (Pa.) Speedway.

The driver of the Doug Timmons-owned No. 2T was outfitted with a cast Monday and will return to the doctor for X-rays eight days later to determine whether the thumb will need surgery. If surgery isn't required, the cast will be replaced for three of four weeks, he was told. He doesn't plan to race with the cast.

"I'm hoping that it doesn't need surgery," the 22-year-old Lee said, adding he was told that the spiral fracture he suffered typically heals on its own.

He plans to compete primarily at Port Royal and Hagerstown (Md.) Speedway this season. He'd considered following the Zimmer's United Late Model Series — he's currently leading the tour's rookie points — but has decided against it because the injury will force him to miss a number of series events.