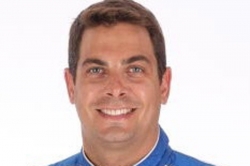 Stewart Friesen, a Northeast big-block modified star and NASCAR Camping World Truck Series regular, will expand his racing to Dirt Late Models in 2021 with a part-time schedule he plans to launch during January’s Georgia-Florida Speedweeks.

A native of Niagara-on-the-Lake, Ontario, who resides in Sprakers, N.Y., Friesen, 37, has added a Cornett-powered Longhorn Chassis to his Halmar Friesen Racing operation that fields his NASCAR Trucks and big-block modifieds. The Dirt Late Model will be housed in the Truck team’s shop in Statesville, N.C., and be a combined effort between his truck and New York-based modified crews. He will receive technical support from former Tim McCreadie crew chief Tommy Grecco, who works at Longhorn, and other staff at the Trinity, N.C., chassis manufacturer.

Friesen expects to make his debut in the Jan. 22-23 Lucas Oil Late Model Dirt Series doubleheader at All-Tech Raceway in Ellisville, Fla. The remainder of his Speedweeks and 2021 regular-season schedule is uncertain.

“I’ve been very fortunate to be able to make a living driving race cars,” said Friesen, who will use his big-block modified No. 44 on his Dirt Late Model. “I’ve driven for some great car owners over the years, but with (Halmar International owner) Chris Larsen’s support I’m very excited for this opportunity to branch out into Late Model racing.”

Friesen’s only previous Dirt Late Model start came nearly a decade ago in a Crate-engine race at Utica-Rome Speedway in Vernon, N.Y.. He had plans to run the June 2013 World of Outlaws Morton Buildings Late Model Series event at his home track, Fonda (N.Y.) Speedway, in Chub Frank’s second car but a schedule conflict with his modified nixed that at the last minute.

While new to the Dirt Late Model ranks, Friesen has been a quick study in multiple racing disciplines. The majority of his 335 career wins since 1999 have come in big- and small-block modified competition, but he’s also been victorious in sprint cars — including a 2015 World of Outlaws triumph at Ontario’s Ohsweken Speedway and 17 wins in the 360 class — TQ and USAC midgets, Dirt/Asphalt modifieds and the NASCAR Truck Series (two wins in 2019 en route to a fourth-place points finish). He enjoyed a superb 2020 season, leading all short-track racers in the Northeast with 28 combined big- and small-block modified victories amid his NASCAR competition.