Editor's note: DirtonDirt.com's new DirtWire feature is a collection of quick-hitting tidbits from around the Dirt Late Model world:
May 116:36 PM ET
Posted by DirtonDirt.com staff 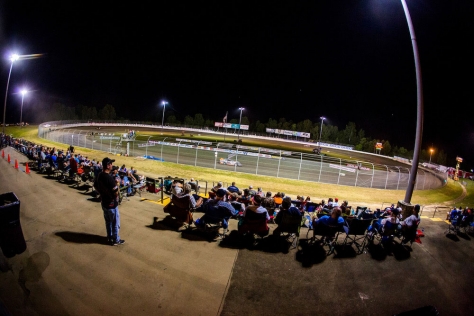 Bringing Super Late Model competition back to Mississippi for the first time since the start of the coronavirus pandemic, Columbus’s Magnolia Motor Speedway will host the $5,000-to-win Magnolia Mayhem 40 for Super Late Models on May 14 with live streaming available to subscribers of DirtonDirt.com and FloRacing.

The Johnny Stokes-promoted program at the 3/8-mile oval will include a $500-to-win race for the Late Model Sportsman class as DirtonDirt.com and FloRacing offer live Super Late Model racing to fans for the third consecutive Thursday evening.

“We worked with the Sheriff and the County Supervisors to get the go-ahead to race,” said Stokes, who is known as Dr. Dirt for his track-preparation acumen. “We’re excited to get back to racing.”

Magnolia will follow social distancing protocols Thursday with teams limited to eight people, including the driver, and haulers spaced out throughout the pit area.

Standout drivers such as Jonathan Davenport, Tyler Erb, Billy Moyer, Billy Moyer Jr. and Rusty Schlenk were among those who indicated their intention to compete in the event soon after its confirmation. There will be no pre-registration necessary for participants; Magnolia’s Super Late Model rules will be utilized and teams will be required to run four 1350-compound tires in qualifying and heats with an LM-40 or 1600-compound right-rear option for the feature.