Editor's note: DirtonDirt.com's new DirtWire feature is a collection of quick-hitting tidbits from around the Dirt Late Model world:
May 55:09 PM ET
Posted by DirtonDirt.com staff 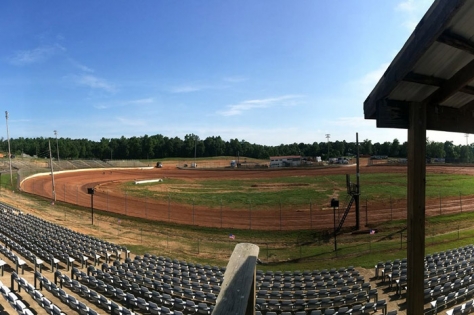 Legit Speedway Park in West Plains, Mo., has added a Comp Cams Super Dirt Series doubleheader to its existing Memorial Day weekend event at the 3/8-mile oval in the Ozark foothills. May 22’s West Plains Resaw Back to Business 30 pays $4,000-to-win and May 23’s Missouri Hardwoods Back to the Future 50 pays $10,000-to-win, the series announced.

The special marks the track's first five-figure payday for Super Late Models since 2009’s Show-Me 100, a Lucas Oil Late Model Dirt Series race that moved to Lucas Oil Speedway in Wheatland, Mo., but for 2020 has been postponed to mid-July.

The West Plains weekend, with IMCA modifieds and super stocks competing in their traditional Scrappin’ 40s, will be streamed live at DirtonDirt.com. Among other weekend divisions, Dirt Track Bank Cash Money Super Dirt Series Limited Late Models will be in action Saturday.

"West Plains has traditionally, for years, with the history there, it was a crown jewel location. And we are continually trying to look for an opportunity to get a crown jewel back here," said Gary Stolba, a former racer who has promoted at West Plains for six seasons. "So when we get an opportunity, when other sanctioning bodies aren't racing because of cancellations like this, we're taking the opportunity" to run Super Late Models with hopes to "get on the radar enough that we can have a crown jewel event here someday."

Stolba has coordinated with county health officials regarding coronavirus pandemic restrictions, confident that social distancing protocols can be followed with spacious grandstands and a large pit area on the 80-acre grounds.

Families or groups traveling together are requested to sit in groups at least 6 feet from other groups, Stolba said. Additionally, instead of indoor concessions, outdoor windows will be utilized with cones and signage encouraging separation in registration and concession lines.

Visit legitspeedway.com for ticket prices, times and other details.