Editor's note: DirtonDirt.com's new DirtWire feature is a collection of quick-hitting tidbits from around the Dirt Late Model world:
May 2210:33 AM ET
Posted by DirtonDirt.com staff 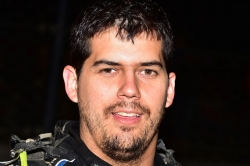 Away from competition for nearly four years, former World 100 winner John Blankenship of Willamson, W.Va., is expected to make his return to Dirt Late Model action for Saturday’s Sunoco American Late Model Series event at Eldora Speedway in Rossburg, Ohio, according to an InsideDirtRacing.com report.

The 37-year-old Blankenship will drive a Van Lester-owned Longhorn Chassis with his former crew chief Tom Buckingham turning the wrenches at the Johnny Appleseed Classic. The team also plans to compete two weeks later in the $125,000-to-win Dream XXV at Eldora the site of Blankenship’s World 100 victory in 2013. Those are the only two starts on the team's schedule, according to the report.

A Lucas Oil Late Model Dirt Series regular for several seasons, Blankenship was a seven-time winner on the national tour, but his father Don Blankenship shut down the team's racing operations at the conclusion of the 2014 season.

Blankenship made a handful of starts in 2015 with his previous appearance coming in a 12th-place finish in 2015’s Dream, where he has six career starts with a best finish of second in 2014.