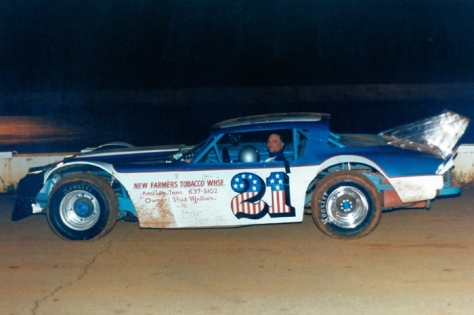 A member of Halls of Fame at Tazewell, Atomic and 411, Corum, 80, was affectionately known as “Little Bill” while campaigning his familiar Stars and Stripes No. 21 around east Tennessee bullrings.

He won the first-ever event at Knoxville Raceway, was a two-time winner of the Tennessee Dirt Track Championship and captured the National Dirt Racing Association’s Stroh’s 100 at Atomic in 1981.

He competed in the only ARCA race held at Seymour's 411 Motor Speedway, finishing third in 1973.

Corum’s son, Chris, the race director at Smoky Mountain Speedway in Maryville, Tenn., is among survivors along with daughter-in-law Leslie and grandchildren Callie and Zack. Visitation is 5-8 p.m. Saturday, Feb., 23, at Mynatt Funeral Home Fountain City Chapel in Knoxville. At 12:21 p.m. Sunday, Feb. 24, family and friends will meet at the funeral home and proceed to Wyrick Cemetery in Luttrell for 2 p.m. interment. For a complete obituary, visit mynatt.mem.com.

Editor’s note: Updates throughout with more career details and arrangements.