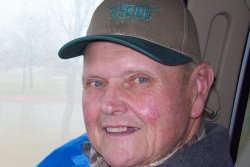 Lawrence “Pete” Peterson, a 56-year member of the board of directors of Iowa’s Adams County Speedway in Corning, died Feb. 3 at an Omaha, Neb., hospital. He was 75.

Peterson served in numerous roles for the racetrack and the Adams County Fair Board over dozens of years, and even last season was still operating the track’s scoreboard and assisting in the pit shack.

“Pete was one of the good guys and he will be missed at ACS,” the track posted on its Facebook page, adding that he “dedicated much of his life to bettering ACS so that it would continue for the generations to come.”

Among survivors of the retired cattle farmer are a son, stepdaughter and three granddaughters. The funeral was Feb. 9 followed by burial in Corning’s Oak Hill Cemetery. Visit pearsonfuneralhomes.com for a complete obituary.