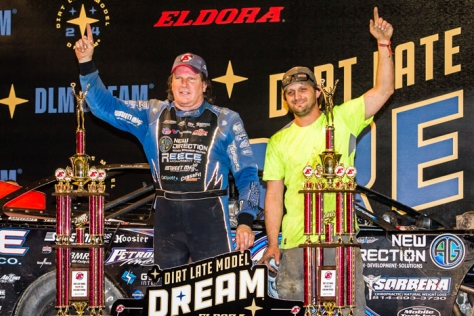 Eldora Speedway’s 25th running of the Dream in 2019 will pay a race-record $125,000-to-win, according to track general manager Roger Slack. The $25,000 winner’s purse upgrade was revealed this week via mailed ticket renewals for spectators at the Tony Stewart-owned track in Rossburg, Ohio.

The DIRTcar-sanctioned event for Super Late Models is scheduled for June 6-8 with a pair of double-feature preliminary nights preceding Saturday's 100-lap finale. The four preliminary features will pay $10,000-to-win apiece for the first time.

The annual Dream — held every season except 2001, when the Eldora Million replaced it — was originated by track founder Earl Baltes in 1994 has paid $100,000-to-win over 24 runnings.

The additional winner’s payout will push the total purse to more than $400,000. Last year’s race, won by eight-time race winner Scott Bloomquist of Mooresburg, Tenn., carried a total purse of $396,900.