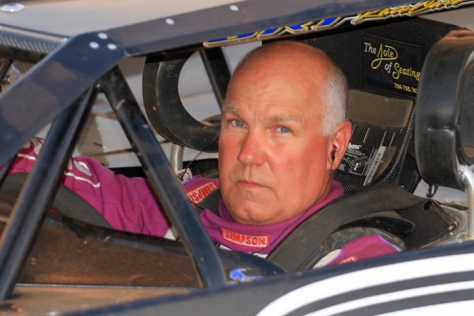 Arp, a 14-time winner on the Hav-A-Tampa Dirt Racing Series and nine-time winner on the Southern All Stars Racing Series, was among the top Late Model performers in the 1990s. After spending the last 13 seasons driving for car owner Stanley Best of Maryville, Tenn., Arp has decided to step out of the driver’s seat, entering his final event this past Saturday at Smoky Mountain Speedway.

Arp, who finished runner-up to Scott Bloomquist of Mooresburg, Tenn., in the 1998 Hav-A-Tampa standings, has raced less frequently over the past few seasons. He suffered a workplace concussion that left him sidelined for much of 2018.

In a release, Arp thanked former car owners, sponsors and other friends who have supported his career throughout the years.

“I especially want to thank my family, friends, and fans for sticking with me and supporting me through my racing career,” Arp said. “We have met so many good people and have met a lot of friends over the last 40 years. I am so thankful for each and every one of them. I couldn’t have done it this long without their help and support.”