Editor's note: DirtonDirt.com's new DirtWire feature is a collection of quick-hitting tidbits from around the Dirt Late Model world:
May 2912:16 PM ET
Posted by Alli Collis 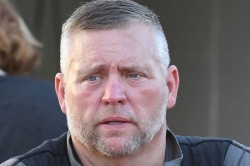 “Johnny was a great guy to be around, always a smile on his face and he’s one that will sorely be missed,” said Chris Tilley, promoter of Ponderosa Speedway in Junction City, Ky.

Racing around the state of Kentucky, Wheeler was a six-time winner on Battle of the Bluegrass DirtCar Series, finishing third in the tour’s 2004 points standings. Three of his series victories came in 2003.

Wheeler's survivors include his wife Jammie, son Jonathan Wheeler and Amber (Wheeler) Vaughn, stepson John Hoosier and stepdaughter Ashley Hoosier. Visitation is at 4 p.m. Thursday, May 31, at Parrott and Ramsey Funeral Home in Campbellsville; the funeral is 11 a.m. Friday, June 1, at the funeral home. For more details, visit parrottramsey.com.