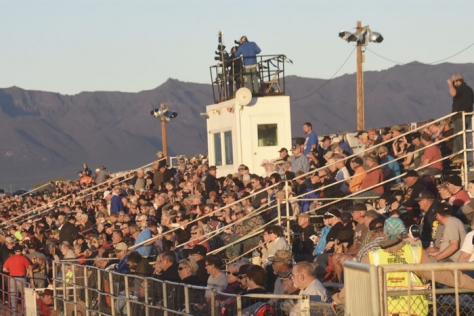 The 2019 Keyser Manufacturing Wild West Shootout presented by O’Reilly Auto Parts at Arizona Speedway near Phoenix will be capped by the richest Super Late Model race in the event’s history.

Chris Kearns and Kevin Montgomery, co-promoters of the miniseries that in 2019 features six nights of competition from Jan. 5-13, have announced that the Shaw Trucking-sponsored Super Late Model finale will pay $14,000 to win and $1,000 to start, continuing a steady rise in the Wild West Shootout’s payoffs. Since Kearns and Montgomery assumed promotion of the event in 2015 they have added over $80,000 to the mini-series purses and points funds, including more than $55,000 to the Super Late Model division alone.

“We are really trying to turn this into a national-type event,” said Kearns, who offered a $13,000 top prize for the WWS’s 2018 finale won by Brandon Sheppard. “We know strong purses are a large part of that. Hopefully the raised purses help entice national stars to come out and race with us in Arizona. This year’s Wild West Shootout was a great event and we’re doing our best to try and make it bigger and better each year."

The 2019 Wild West Shootout, which also includes nightly racing for the open-wheel Modified and X-mod divisions, kicks off on Sat., Jan. 5, and concludes on Sun., Jan. 13. The opener and ensuing four events on Jan. 6, 9, 11 and 12 are headlined by $5,000-to-win Super Late Model features.

More information can be found at www.wildwestshootout.net.