Editor's note: DirtonDirt.com's new DirtWire feature is a collection of quick-hitting tidbits from around the Dirt Late Model world:
July 1611:57 AM ET
Posted by Todd Turner 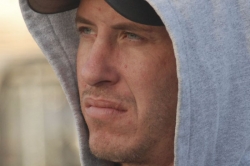 The 41-year-old Hurst, who previously underwent a 2004 open-heart surgery for a valve replacement, was released from Mercy Medical Center Dubuque today but plans to go to a Iowa City hospital for more testing and a likely heart valve replacement this week or next, Roberts said.

Hurst was leading the second of two 30-lappers at Farley when his car slowed and Hurst climbed out with difficulty breathing. Medical personnel attended him and quickly took him to the hospital.

“It’s just miraculous that he had enough mindset to slow the car down,” Roberts said. “Because the racetrack is extremely fast … he said he doesn’t remember much at all, but for him to be able to slow that car down and not injure himself, or others, is amazing.”

In his first full season for the Roberts Motorsports team that formerly fielded cars for Herschel Roberts and then Ray Guss Jr., Hurst has hit the double-figure mark in feature victories, winning at five tracks. He stands second in overall IMCA points in a tight battle with leader Todd Cooney and third-place Matt Ryan.

While the team is focused on Hurst’s health and treatment, Roberts said the driver couldn’t stop talking about how well the No. 41 car was running and how he’d like to get back to the racetrack.

“I told him that same car that was so good will be there when you’re ready,” Roberts said.

Editor’s note: Updates with release from hospital and plans for treatment.