Editor's note: DirtonDirt.com's new DirtWire feature is a collection of quick-hitting tidbits from around the Dirt Late Model world:
February 2810:31 AM ET
Posted by DirtonDirt.com staff 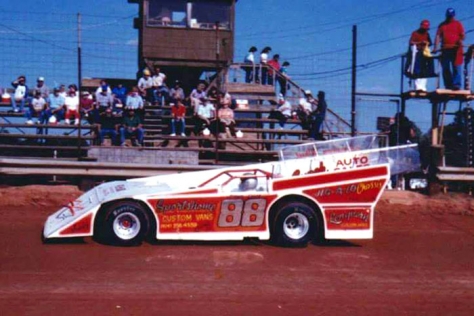 Fulmer Lance, a 2016 National Dirt Late Model Hall of Fame inductee who won more than 400 races over a four-decade career, died Monday evening in an Augusta, Ga., hospital after a battle with cancer. He was 72.

Billings remembers Lance as a “laid-back” and “likable” person who was enjoyable to race with.

“He could work on a race car. That man could lay down and work on that race car with the best of ‘em. Where some drivers wouldn’t do that, he would,” Billings said. “You couldn’t ask for a better person to work with. All the drivers, Freddy Smith, (Mike) Duvall, all of them said he was a super-clean racers … he was just one of those good ol’ country guys.”

Lance finished ninth in standings on the first season of the National Dirt Racing Association while capturing 1979’s Winter’s 100 at Pearson National Speedway in Louisville, Miss.