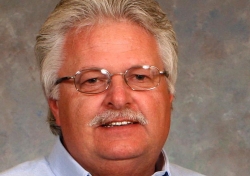 “He’s reached the point that he was ready to retire and his wife was getting close to that age as well and he just felt like it was time that he let it go and move on to the next stage of his life I guess,” said WISSOTA director Rob Palmer.

Palmer said the organization will accept applications for a replacement through mid-March. He hopes to have a new executive director in place my mid-April.

“We’ll begin the process of sorting through the applications and the candidates and then do interviews,” he added. “Hopefully we’ll get the next person in place by April. That’s what I’d like to see … have someone lined up and get them ready by the middle of April.

“Terry will be around to assist in whatever way we need him to and to help get the new person orientated.”

According to the announcement, made via the organization’s website, the executive director works with the board of directors to “assist in marketing, managing and growing one of the nation’s largest dirt track sanctioning bodies.” It is a full-time position.

Anyone interested in the position should mail a cover letter and resume by March 15 to Palmer at Rob Palmer, Director, WISSOTA Auto Racing, PO Box 54, Langford, SD 57454. Email inquiries may be sent to rob@wissota.org.